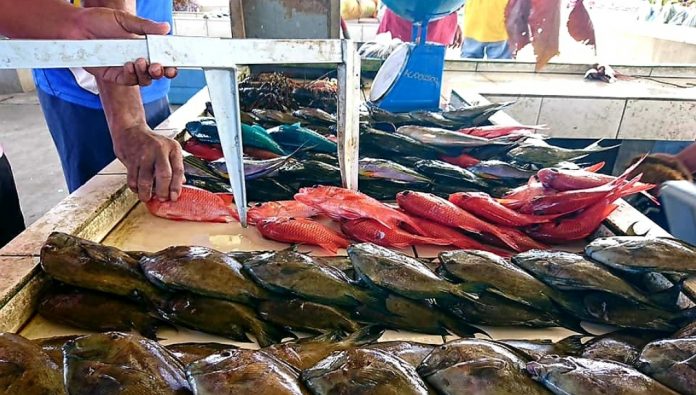 The Ministry of Agriculture and Fisheries (MAF) is taking a progressively tough stance towards enforcing fisheries regulations by charging three (3) individuals for selling under sized fish including egg bearing lobsters.

On Tuesday 19 October, one of the accused, Asenati Suni, appeared in the district court to answer to one count of selling 3 egg bearing lobsters at the Savalalo fish market in December 2020 after previously receiving a warning by the Fisheries officers for the same offence.

Ms. Suni appeared in court without any legal representation and pleaded guilty to one egg bearing lobster and claimed the other two lobsters were within the legal requirement.

In response to a query from Judge Loau Donald Kerslake about amending the charge in light of the matter raised by Ms Suni; MAF lawyer, Glory Fuimaono stated firmly that the Ministry will proceed with the original charge of selling 3 egg bearing lobsters.

As a result, a court hearing has been scheduled for 22 February 2022 to hear Ms Suni’s position in disputing the information of the charge.

In addition to Ms Suni, the other defendants who were also scheduled to appear but were not present during Tuesday’s court hearing included Vaililo Saio and Kepi Taliaoa who both faced charges for undersized fishing. Ms Fuimaono told the court the Ministry was notified that Mr Taliaoa has been missing at sea since earlier this year with written confirmation from the Ministry of Police and Prisons.

Accordingly the Ministry made an application to withdraw the charge. In the case of Mr Saio, a warrant was issued for his arrest for failing to show up to court.

The decision to take legal action is part of the Ministry’s increased efforts to combatting unreported, illegal and unregulated fishing crimes.

ACEO Fisheries Division, Magele Etuati Ropeti is warning people who flout the rules protecting Samoa’s inshore and offshore fisheries that they can expect to pay a price in hefty fines.

“The penalty for fishing regulation violations carries a fine of up to WST$10,000,” says Magele. “We are treating these recent cases very seriously because people are becoming complacent in their responsibilities to comply with fishing regulations..

“We must take stronger actions to deter people from engaging in illegal fishing and destructive fishing practices to ensure that our fisheries resources are
harvested in a sustainable and equitable manner.”

Principal Fisheries Officer, Matai’a Ueta Faasili who oversees the Fisheries MCSE unit that conducts monitoring, control, surveillance and enforcement operations, said enforcement and prosecutions for fisheries violations are matters of priority in their fisheries management strategy if they are to achieve their objectives of overall food security and sustainability.

“We want to make sure that we at least give each fish a chance to reproduce before it’s taken out of the population. By law, people are only allowed to harvest and fish certain sizes for certain species that are
less than 20cm.

If we continue to take fish that is not yet matured, we don’t expect much fish in the next 5 or 10 years” Matai’a explained.

“Our fisheries management arrangements are made up of 3 components which includes; science, policy and legislation. If the regulation component is not enforced effectively, it weakens the impact of the entire fisheries management process designed to achieve food security and sustainability.”