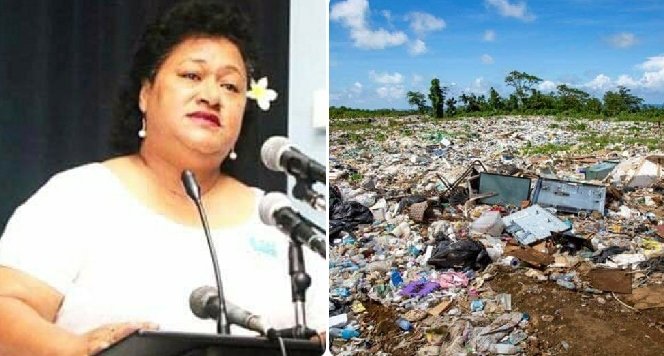 17 June 2021, Apia Samoa  Private taxpayers’ information contained in 10 ‘confidential waste bags’ recently dumped by Samoa’s Ministry of Revenue have been widely publicised on social media and the Chief Executive Officer has called for the public’s support to contain the situation.

“I now seek the public’s support in making sure all posts containing photos of these waste documents with our Ministry’s logo and name on it, are removed from Facebook by either: deleting the post(s), report post and cease sharing or forwarding those photos”.

In a press statement, Matafeo Avalisa Viali-Fautua’alii said ten ‘confidential waste bags’ were sent to be disposed at the Tafaigata landfill on Thursday 10th June 2021.

“In the presence of various officials, ten (10) confidential rubbish bags were buried deep into the landfill.  Sadly and unfortunately, some of these ‘confidential rubbish’ were presumably dug up and illegally removed from the disposal site by someone and later posted on the Facebook”, states Matafeo.

“These information were not found on the roadside as inaccurately reported on Facebook”, she adds.

Matafeo says the ‘confidential waste documents’ resulted from paper usage through printing, photocopying, draft correspondences with taxpayers and internal memorandums on work matters, adding they are documents used by officers “during their reviews, amendments, reconciling and testings, reassessment and drafting works..”.

Matafeo says the documents “are therefore not required to be filed as records but are stored in our ‘confidential waste bins’”.

The Ministry has lodged a complaint with the Ministry of Police, saying the culprits have illegally distributed ‘confidential information’ breaching S9 of the Tax Administration Act 2012.

“A breach of this section is considered an offence and faces not only monetary penalty but also imprisonment term. Given the seriousness of the act to remove our ‘confidential rubbish’ illegally from the disposal site, we have now lodged a complaint to the Ministry of Police and an investigation is now ongoing”.

“I respectfully seek the public’s patience and support as we endeavour to resolve this matter” concludes Matafeo.