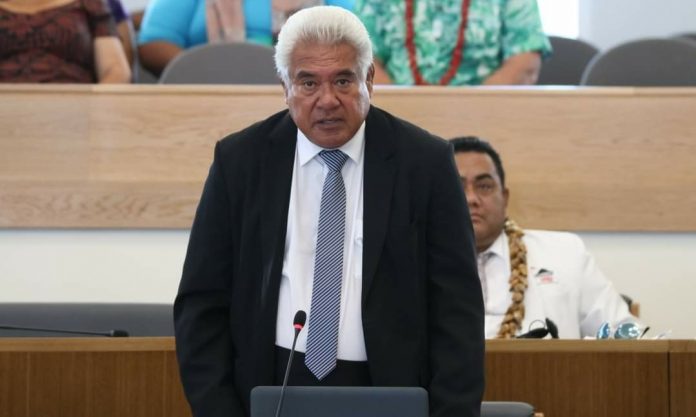 Honorable Faualo Harry Jeffrey Schuster spoke briefly in the morning session in Tuesday to present the Bill before Parliament. He stressed that the few amendments being put through will allow candidates for the upcoming by-elections to play by the same rules as were applied in the April 9 General Elections.

“These amendments aim to take the Electoral Act back to pre-general election amendments, as well as align the Law with pre-election judgments handed down by the Supreme Court that highlighted inconsistencies and areas affecting a matai’s basic right to register as a candidate”, said Faualo.

Amendments were made to Samoa’s Electoral Act just prior the April 9 election, that were not applied to the general election, but intended for any by-elections to follow.

Close to 20 candidate eligibility petitions were heard by the Supreme Court of Samoa following the closure of candidate registrations in October last year.

This week the new amendments have been passed after lengthy debate in Parliament where MPs voiced different opinions about the changes.

Most of the amendments come as no surprise and have been previously mentioned by Prime Minister Fiame Naomi Mataafa in media press conferences.

Special booths are back saving voters from having to physically cast their votes in the constituencies as we saw in April. This change was also pre-empted by the HRPP government when SOE orders were amended to ensure special booths could be used for the fresh elections we didn’t end up having.

Pre-polling, introduced for the first time in the April 2021 election remains, but for one day only. That day will be in the week leading up to election day.

A candidate’s matai title need not be registered for three years.

“As long as your monotaga has been served, your matai title need not be registered for 3 years”, explained the Minister.

This change will help those who have served their villages for many years but formally receive matai titles later in life. This change will also help matais who serve in their villages, but whose titles are challenged in Court and the formal registrations are only completed after years of legal battles.

The most contentious change was the monotaga or service to the community requirement, which can now be satisfied by service to the Church and not necessarily to the Village Council. This monotaga requirement was previously allowed as being rendered to Church or Village for the Urban Seats. However when the urban seats were abolished, so too was the church option.

Many MPs spoke against this change, stating that service to the Village Council was a must for any potential candidate.

The Church option has returned which can help matai who are ousted or banned from their villages for long periods of time. They now have service to the Church as an alternative to satisfy the monotaga requirement.

In other amendments, the Electoral Commissioner can now select a third group or individual to witness or declare that a candidate has served his/her monotaga to the community. Previously this was limited to Village Representatives – male and female (Sui o Nuu and Sui Tamaitai o Nuu). However issues arose when Village Representatives with political affiliations refused or made themselves unavailable to sign-off on candidate registrations.

Finally, registered candidates cannot just withdraw their candidacy at a whim. The Minister explained during Parliamentary debate that this change intends to deal with candidates who register with ill-intentions to bring pre-election petitions in Court against another candidate, but after Court proceedings, they withdraw their candidacy suggesting they never intended to run the election in the first place.

In response, HRPP in a press statement issued Wednesday night has said, “Tuilaepa believes the amendments to the Electoral Act 2019, passed by Parliament in a late night sitting on Tuesday, should not be introduced for the upcoming seven, court-imposed, by-elections”.

He said the by-elections should be conducted under the Electoral Act 2019, used for the April General Elections.

“Why? This amounts to discrimination against all voters and candidates who now have to vote under new rules and conditions”.

The leader of the opposition said any new amendments to the Electoral Act 2019 should only be considered by a Parliament that is fully represented by all the electoral Constituencies of Samoa and therefore be fully implemented at the next General Elections in 2026.

“That would be in keeping with the rule of law and with the country’s supreme law, our Constitution”.