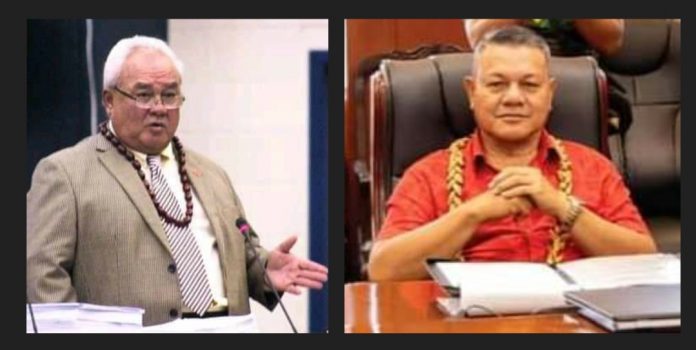 Lautafi was responding to comments by Faumuina Leatinuu published in last Saturday’s Weekend Observer where the new MPE Minister said the Samoa Airways aircraft was not yet certified to fly in Australia and New Zealand air space.  In an HRPP media release distributed Sunday afternoon, Lautafi says the airline’s new Boeing 737-800 aircraft secured under a six-year lease agreement was heading from Amsterdam to Brisbane for certification, and Samoa was lucky to have secured a good deal given most arrangements required 10-year lease contracts.

“Of course the plane hasn’t been certified, it only arrived just last week in Brisbane where the certification process is conducted,” said Lautafi.

“It’s easy to twist things and predict doom and gloom but it will not change the fact the country needs the airline to boost tourism and make it easier and affordable for our people to travel,” said the three-term HRPP Member of Parliament for Satupa’itea, Savai’i.

Lautafi says Samoa was lucky to have negotiated an aircraft lease of less than USD $50,000 for the first 6 months, and less than $US100,000 for the next 12 months.  “By that time all the planned and scheduled flights utilizing the new aircraft will be in operation and earning revenue”.

In response the new Minister for Public Enterprises Faumuina Leatinuu Wayne So’oialo Fong says the allegations that he is out to destroy the work of HRPP are unsubstantiated.

“I want to make clear that contrary to these claims by Lautafi, I am not out to destroy the positive work by HRPP; that is completely incorrect”.

Faumuina Leatinuu says he does see the benefits of a national airline for Samoa, however, he also intends to take a cautionary approach to any financial commitments made.

“I’m sure the former administration would have entered into this arrangement with good intentions, however, that is not going to stop me from raising concerns, especially taking into account the history of the airline, its financial situation and the current and economic climate;

“If I expressed concern then it is for good reason because I and the current administration are looking at what is best for this country, but it is not to discredit the work of the HRPP. So those claims by Lautafi are misplaced,” said Leatinuu.

“I am all for Samoa establishing it’s our own airline as I realise the sense of national pride that comes with it, however, I want to make sure that the measures we have in place are sufficient to ensure the long term success of this airline because pride in the national carrier is not going to help pay our loans”, adds the Minister.

Less than a week into the role, the Minister says their main priority now is to serve Samoa and carry out their responsibilities they’ve been assigned.

“And one of those responsibilities is to assess the viability of bringing over this aircraft..

“We have only scratched the surface of assessing the various portfolios, but I’ll make sure to provide a more detailed response once I have received a full report from the Samoa Airways finance team”, adds Faumuina.