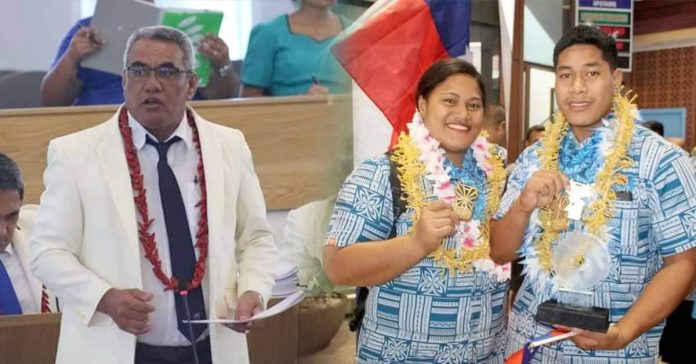 Opeloge scooped up two gold medals for his total and clean and jerk in the 89 kg men category as well as the overall best male lifter while Stowers won gold in the +87 kg Women snatch, and silver in both the clean and jerk and total competition.

Responding to questions from Samoa Global News, Loau said his recommendation is now before Cabinet.

According to the Cabinet Directive (FK Faaiuga Kapeneta) individuals who win a gold medal from a World Championship tournament will receive
$20,000.

The same FK also confirms $20,000 tala for securing a gold medal in the Commonwealth Games.