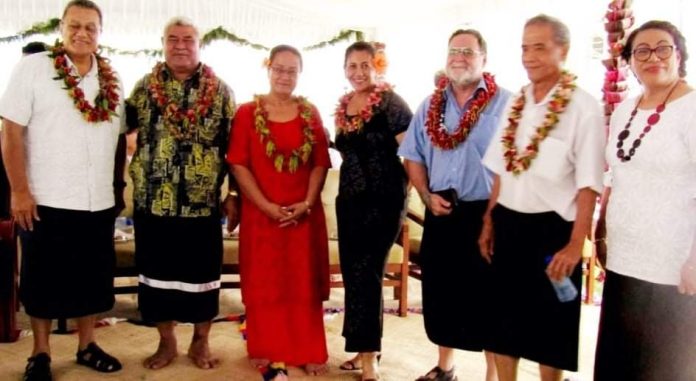 The Minister of Justice and Courts Administration, Matamua Vasati Sili Pulufana spoke humbly to acknowledge the Chief Justice, Judges and administrative staff of MJCA for the special ceremony held on Wednesday afternoon. The staff put on a beautiful welcome for the Minister and Associate Minister, Fesola’i Tusiupu Tu’igamala, as they prepare to take up the role for the next 4.5 years. 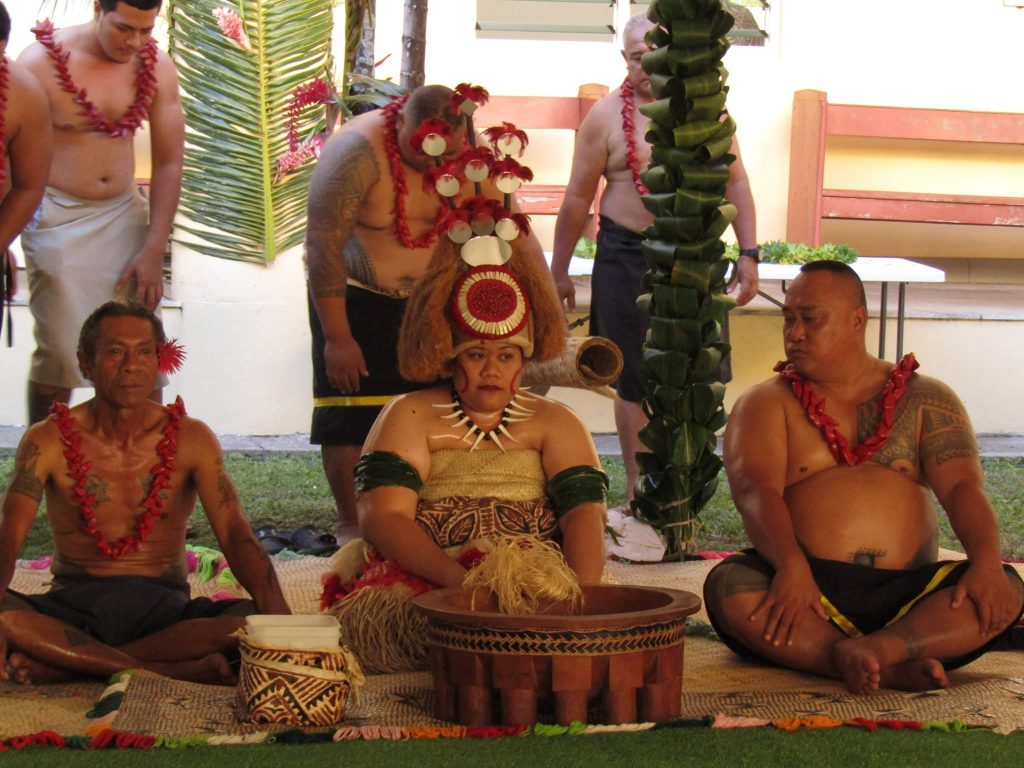 “I am grareful for this special ceremony, thank you for welcoming us. I am humbled by this calling and feel that I am but an unworthy servant (auauna fa’atauva’a ma vaivai),” Matamua said as she received her ava during the ceremony.

The Minister spoke about the fruits of the Holy Spirit, and called for peace and compassion towards one another, so they might be able to work together for the future of the Ministry.

Matamua used the customary skill of oratory to attract laughter as she linked the fruits of the Holy Spirit to the work of the Ministry. 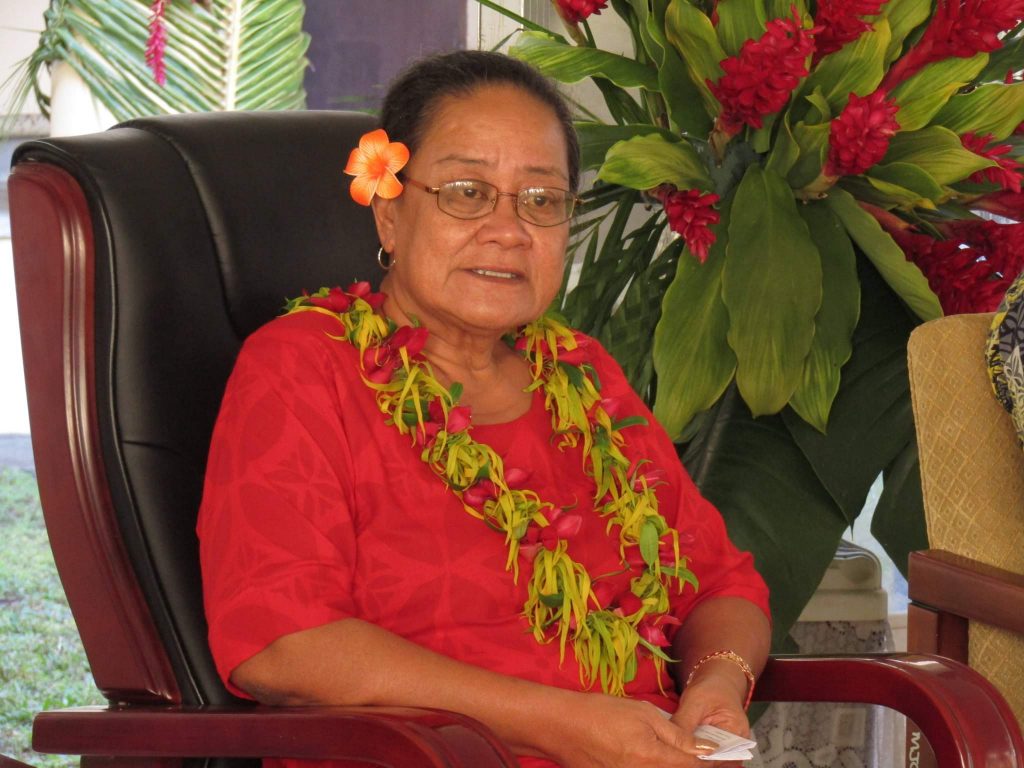 “If you stick to them, you will not break the Law and you can avoid coming before the Courts!”

“I will depend on all of you to work with me as well as the Associate Minister, to develop the Ministry for the betterment of Samoa,” said the Minister. 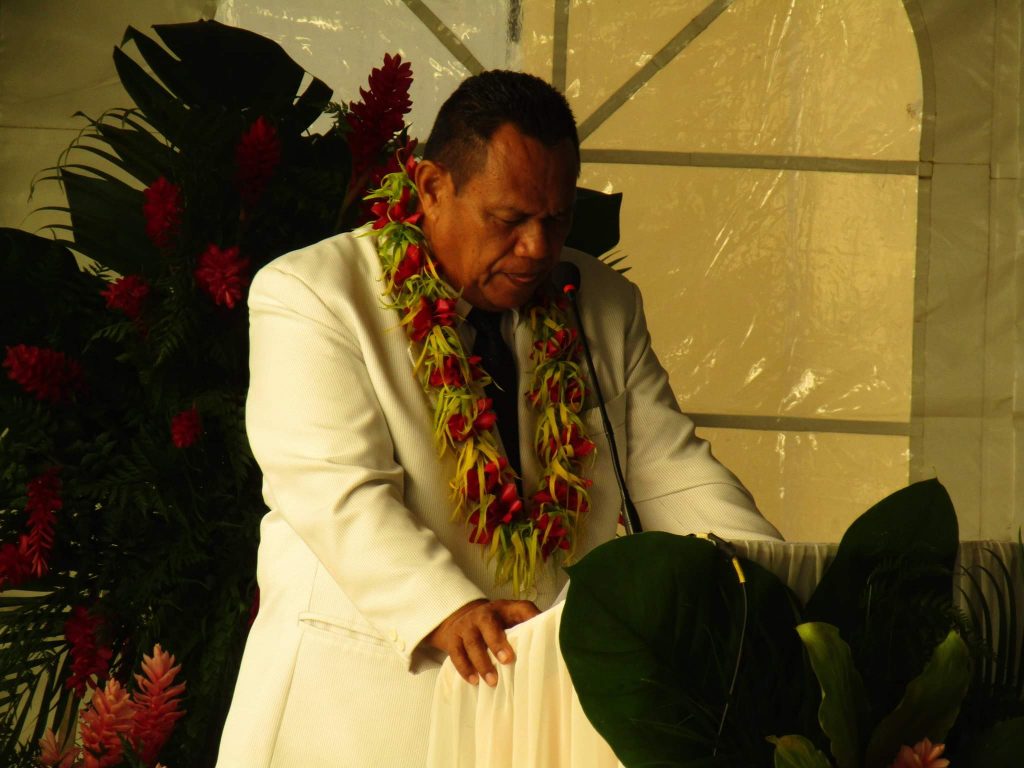 Reverand Asosili Su’esu’e of the Methodist Church of Salelologa led the service in prayer.

Reverend Su’esu’e took his encouragement from the Lord’s Prayer, “deliver us from evil”.

He also preached on the importance of valuing each person and their role.

“It does not matter if you are a Judge, a farmer, or a cleaner – all duties that we perform are done as unto God, and we must perform these duties with honesty, and lean not on your understanding, but rely on God’s guidance,” preached Rev Su’esu’e.

“Always remember, do not underestimate, do not mock, do not look down on other fellow workers because all callings are from God, and with God, all you do will be successful”.

The faifeau then announced that the $1000 tala of his “lafo” received during the ava ceremony, was to be donated to a charity. 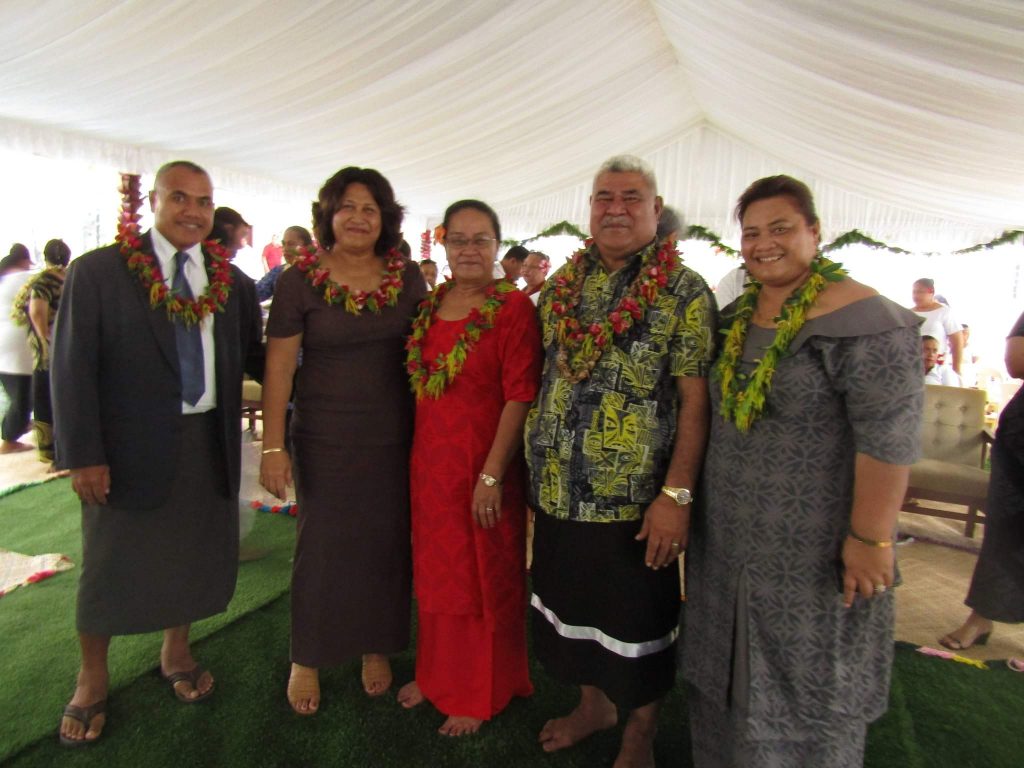 The President of the Lands and Titles Court and all Judges of LTC were notably absent from the Minister’s welcoming ceremony. It could not be confirmed if they were planning their own event, or purposefully avoiding the Ministry’s first  faaaloaloga to welcome the new Minister.