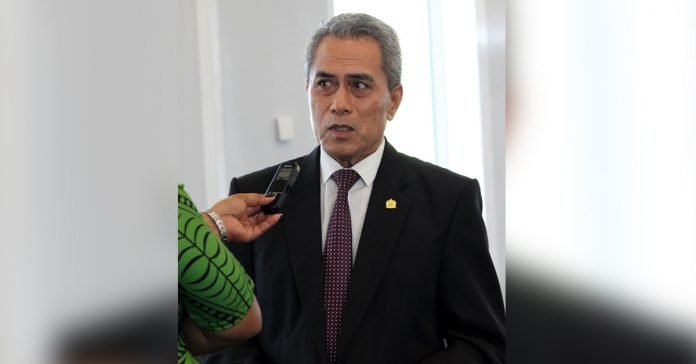 27 June 2019, Apia Samoa. Minister of Finance Sili Epa Tuioti said that the Government and the Central Bank of Samoa will be taking action to stop the abuse imposed by small loan finance companies on our people.

Hon. Ali’imalemanu Alofa Tuuau during her Parliamentary address had called for tighter controls on small loan finance companies in Samoa.

The Chair of the Parliamentary Finance Committee told Parliament that many finance companies were going into her village in Savaii with promises of easy access to finance but also had extremely high interest rates and strict terms of collection upon failure.

Many other Members of Parliament had agreed, raising concerns and giving examples of similar situations in their respective constituencies where lending companies were charging outrages loan interests.

Yesterday the Minister of Finance Sili Epa Tuioti said in an interview with Nanai Lave Tuiletufuga that Government and the Central Bank of Samoa are now working towards tighter regulations to monitor any abuse on the public.

Sili clarified that the regulation and monitoring of small loan finance companies does not currently come under the Central Bank of Samoa.

“The only financial institutions that come under the Central Bank are those that take deposits from the public;

“But the Government will now work closely with the Central Bank to bring an end to the abuse that has been voiced by many Members of Parliament,” assured the Finance Minister.

“It is quite clear that there is abuse and we should not allow our people to continue to be abused so it is important that the Central Bank starts talking to them and also work out how they charge their interests rates;

“Many of these companies target women and their income generating activities in the villages.”

The Minister of Finance says that annual interest rates are being charged on a monthly basis and this is where it can be unreasonable.

Sili also reiterated that ultimately the responsibility was on the finance companies to not just give out loans but to also ensure that people are able to repay.

“So all that is not happening and we hope that by the Supplemetary Budget in December or January, we would be tabling legislation to correct that”.