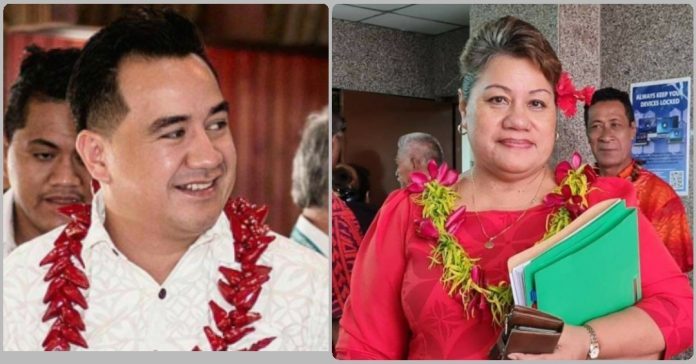 Published 7am, Updated: 1pm Friday 27 Auguat 2021 Apia Samoa. Samoa’s Minister of Finance Mulipola Anarosa Ale Molioo has issued a press statement in response to a claim by the Human Rights Protection Party that the services of the country’s Chief Financial Advisor Leasiosiofaasisina Oscar Malielegaoi, had been terminated.

Attempts to get a response from the Minister were unsuccessful yesterday afternoon when social media had blown up with the issue after the opposition party’s official pages claimed the Ministry of Finance CEO’s job was under threat.

However this morning Samoa Global News has received a press statement from the Minister of Finance advising the public to ignore the “misinformation” which Mulipola says is “a disservice” to both the CEO and herself as the Minister.

“It has come to my attention that there are rumours circulating (on social media especially) regarding the employment status of the CEO of the Ministry of Finance.

“Please ignore such misinformation, which does a disservice to both the CEO and myself.

Samoa’s Chief Financial Advisor Leasiosiofaasisina Oscar Malielegaoi has delivered an emotional farewell speech to his staff this morning, revealing that he was given a letter from the Minister of Finance yesterday informing him that today (Friday) is his last day.  Read full story here.

The position of the CEO Finance came under scrutiny last week when the incoming Minister of Finance Mulipola Anarosa Molioo stated she did not have complete confidence in Leasiosiofaasisina as her chief financial advisor and Head of the Finance Ministry because his father is the leader of the opposition.

“The CEO is preparing the budget and his father is the leader of the opposition who will be challenging the budget,” said Mulipola.

When contacted for a comment yesterday afternoon, the CEO of Finance neither confirmed nor denied the rumours that his position was under threat. He told the Samoa Global News reporter he would be able to respond tomorrow. “Sei oo taeao”.

Another longserving media firm in Samoa, Newsline Samoa has published that Leasiosiofaasisina is “being forced to resign”.

“The Ministry of Finance CEO Leasiosio Oscar Malielegaoi is being forced to resign his job. Newsline Samoa is able to confirm he was officially notified in a letter from the Minister of Finance to hand in his resignation before the end of work tomorrow, Friday”

The Human Rights Protection Party media advisor has been contacted for a comment regarding their public post which created uncertainty in the past 15 hours, and launched a heightened war of words between supporters of the two rival political parties on social media since it was published.