Sun 24 October 2021 Apia Samoa. Samoa’s Minister of Police, Lefau Faualo Harry Schuster says he hopes to attract a high calibre of applicants, both local and overseas, for the role of Police Commissioner.

The advertisement for Commissioner for the Ministry of Police and Prisons was issued by the Public Service Commission last Friday.

In an interview with Samoa Global News, the Minister for Police and Prisons said the minimum requirements for eligibility are set down in the Police Service Act.

“As long as they satisfy the criteria for the job, this position is open to all eligible candidates in Samoa, or based in the region and internationally,” said Lefau.

“And that applies to anyone who currently works or has previously worked in the police service or law enforcement agency.. they are all welcome to apply,” said the Minister.

The Samoa Police Service Act states the minimum criteria as having at least 10 years experience as an Officer.

13. Eligibility for appointment as Commissioner – A person must not be appointed as the
Commissioner under section 12 unless the person:

There are additional ctiteria set down by regulations, and one such requirement is that the 10 years of experience must be in a high level position, such as Superintendent or above.

The position has become vacant with the resignation of Commissioner Su’a Fuiavailiili Egon Keil who held the position for two terms, from March 2015 to August 2021. Su’a was the first person from outside the Samoa Police force to be appointed to the job.

The Minister of Police said at the time that Su’as resignation was a huge loss to Samoa, and that Commissioner Keil would be sorely missed.

Su’a led major reforms in the Samoa Police Service, and shortly after his appointment he suspended four police officers for criminal activity. The clean up continued to phasing out the entire line-up of Assistant Commissioners that had been place. Even more police were charged for criminal activity that had usually gone unpunished.

Su’a introduced compulsory training for police officers and lifted the bar for entry level with a more vigorous recruitment process and higher recruitment standards including a tougher training course for new officers. In a February 2021 recruitment, only 49 graduated from the Police Academy, out of 599 interested applicants.

For decades Samoa has known of the marijuana plantations in the highlands of Faleatiu and Satapuala and Su’a was the first Commissioner to conduct major drug bust operations that have cleared out and destroyed acres of plantations. Under Su’as reforms, it was also the first time items confiscated from drug busts and other major operations were transparently displayed for the public.

Su’a Fuiavailiili Egon Keil has been the first Commissioner of Police to take an actively lead in providing equal opportunities for women in the Samoa Police and Prisons Service. After clearing out all existing Assistant Commissioners at the time, Su’a then selected Papalii Monalisa Tiai-Keti to the role of Deputy Police Commissioner – the first time a woman had ever been given the opportunity to hold a senior position for Samoa Police. 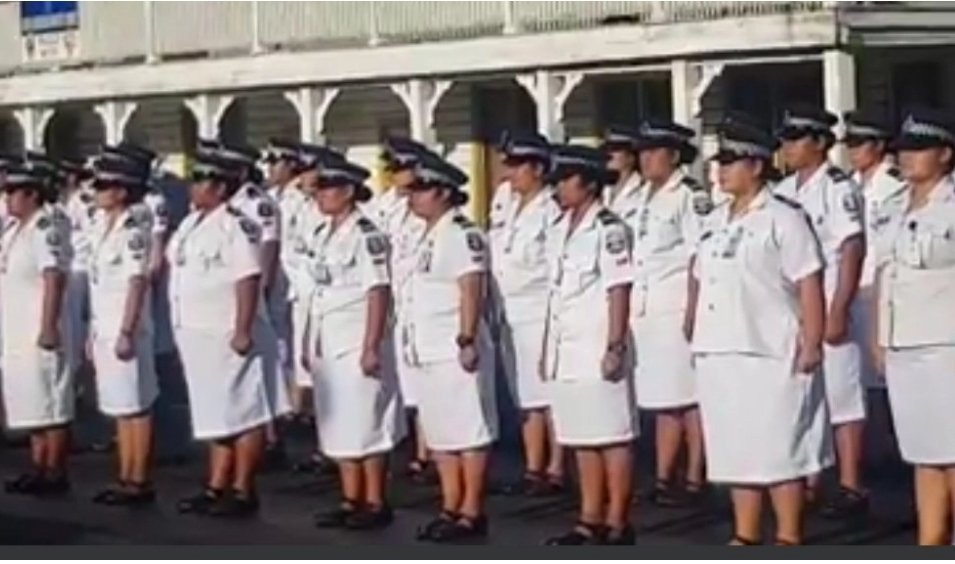 Today, all Units of the Samoa Police and Prison service consists of women staff in male dominated areas such as the Nafanua Patrol Boat where three women are posted as sailors. There is a female officer training as a dog handler with the K9 Unit, and two female police officers work in the special unit Tactical Operation Squad (TOS) that requires the carrying of arms. An Assistant Police Commissioner, the Director of Corporate and the head of Strategic Services are also now all held by women.

Keil’s reforms were met with strong resistance with some of the then leaders in the force.  A coup was staged to have him arrested and charged. Keil was even suspended and taken through the Court process for close to 5 months; but he was exonerated by the Courts who threw out hundreds of charges that had been filed against him.

The recruitment process for Keil’s replacement is now underway with applications due Friday 19 November 2021 at 5pm. The PSC announcement reminds interested candidates in bold red and ALL CAPS that late applications will not be accepted.

MAKING AN APPLICATION (PLEASE READ CAREFULLY)
a. For your application to be considered you must complete ALL requirements of the Application Package
1. Complete and signed Application From (Form 2)
2. Certified Copies of all academic achievements qualifications training etc.
3. Recently updated Curriculum Vitae (last updated within 12 months)
4. 3 most recent written references (within 12 Months)
5. Responses and information to support claims to the Specific & General Criteria. APPLICATIONS MUST BE COMPLETE AND SUBMITTED ON TIME !!! LATE AND INCOMPLETE APPLICATIONS WILL NOT BE
ACCEPTED.

2. SUBMISSION OF APPLICATION
a. All applications should be addressed to:
The Commission
Public Service Commission
Level 2, FMFM II Government Building Apia, Samoa
b. Applications can be submitted via email: jhisatake@psc.gov.ws and/or address specified in the application package.
c. All Applications for the positions will be closed on 19th Friday November 2021 at 5pm
d. For more information, please do not hesitate to contact Jason Hisatake on email jhisatake@psc.gov.ws or telephone 22123