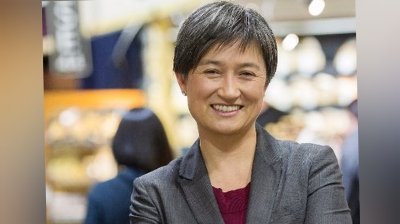 Thursday 2 June 2022, Apia, Samoa. Australia’s Minister for Foreign Affairs, Hon Penelope Ying-Yen Wong is in Samoa today for a state visit that comes just a week and a half after she was sworn-in as Minister for the new Labor administration.

In a public statement issued before departing Australia last night, the Minister states that she will travel to Samoa and Tonga, “to renew and strengthen Australia’s deep ties of friendship and family” with the two nations.

“I look forward to listening to leaders in Samoa and Tonga about how the Australian Government can best apply the new energy and resources we are bringing to the Pacific”.

The visit coincides with Samoa’s celebration of its 60th anniversary of independence as a nation and the Minister will be meeting with Prime Minister Hon Fiame Naomi Mataafa, as well as courtesy visit with the Head of State, His Highness Tuimalealiifano Vaaletoa Sualauvi II.

On the same day Australia’s new Minister for Foreign Affairs was sworn into the role Monday 23rd May, Wong took the time, as one of her tasks in the role, to introduce herself to the Pacific, and in a recorded message, committed to do more, and do it better..

Wong acknowledged that she has taken up the role of foreign Minister at a time when the region faces unprecedented challenges, and assures that, “we will face these challenges together, and we will achieve our shared aspirations, together..”

An opposition MP for the past 9 years, Wong has long advocated for Australia to play a greater role in the Pacific region in light of the changing strategic circumstances around the globe. In her first message to the region, Wong says her government is committed to Pacific development.

“We will listen, because we care about what the Pacific has to say”.

In another statement issued last night before departing for Samoa, the Minister commits to work in the Pacific region “like never before, for our peoples and for generations to come.”

“We want to make a uniquely Australian contribution to help build a stronger Pacific family – through social and economic opportunities including pandemic recovery, health, development and infrastructure support, as well as through our Pacific labour programs and permanent migration.”

“We will stand shoulder to shoulder with our Pacific family in addressing the existential threat of climate change. And we will deepen cultural and sporting ties.”

Minister Hon Penny Wong will be holding a media conference at 2:30pm at Taumeasina Island Resort, and will attend a function at the Australian High Commission Residence later this evening.

“Australia played a leading role in the international response to January’s volcanic eruption and tsunami in Tonga, and I look forward to discussing what more we can do to help”.

Wong was Australia’s first Minister for Climate Change from 2007 to 2010 under the Rudd government. In her address, Minister Wong says Australia will take up a leading role in addressing the impacts of climate change on Pacific Island Countries.

“The Australian Government knows that nothing is more central to the security and well-being of the Pacific, than climate change.. We’ve heard the Pacific, and will act.. Standing shoulder to shoulder with you as we address the climate crisis,” says the Minister.

Wong, who had also served as Australia’s Minister for Finance from 2010 to 2013, commits to boosting Australia’s assistance to support the region’s recovery from the global Covid-19 pandemic, now crippling economies around the world.

The newly sworn-in Foreign Minister says Australia will work with the Pacific to expand opportunities for seasonal workers and improve working conditions.

“Currently over 24,000 Pacific workers are here contributing to vital Australian industries and sending money home to support their families, while gaining skills they can use when they return”.

“We will also deliver a first nations foreign policy that weaves the voices and practices of Australia’s indigenous peoples into our diplomacy, and strengthens connections between First Nation’s Peoples and the Blue Pacific.

Australia Commits to Being a Generous, Respectful and Reliable Member of the Pacific Family

“Our government is committed to being there for our Pacific family in times of need, as you have been there for us,” says the Minister.

“We will be a generous, respectful and reliable member of the Pacific family.. we know that together, we can build a stronger future,” concludes the Minister.

Born in Malaysia to an English Australian mother and a Chinese Malaysian father, Wong moved to Australia with her mother and younger brother at the age of 8 after her parents’ divorce.

She was educated at Scotch College in Adelaide, and then attended the University of Adelaide, graduating with Bachelor of Arts and Bachelor of Laws degrees.

Prior to entering the Senate, Wong worked as a lawyer and political advisor. Wong has been described by her biographer as “principled, intellectual, private, restrained and sane”.

In 2008, she became the first Asian-born member of an Australian Cabinet. She was also the first female openly-LGBTI Australian federal parliamentarian. Wong lives in Adelaide with her partner, Sophie Allouache and their two children. She was a supporter of the legalisation of same sex marriage, memorably shedding tears in parliament when the ‘Yes’ result of the plebiscite was revealed.

Australian political writers say that during her time in politics, Wong has developed a reputation for being a highly capable politician of fierce intellect, with a cool head and biting sense of humour.