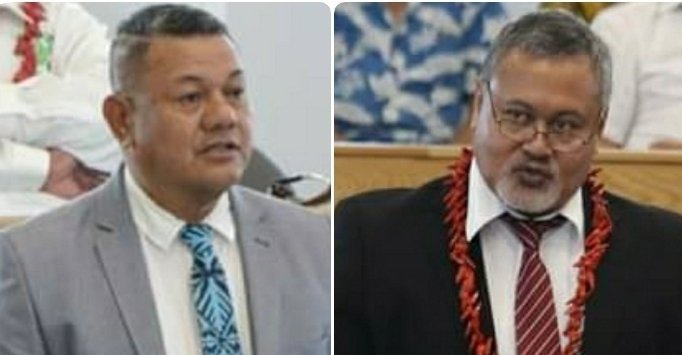 The Minister of Justice and Courts Administration (MJCA) Faaolesa Katopau Ainuū has refused to accept that amendments to the Electoral Act 2019 recently passed in Parliament were rushed through because of an order issued by the Supreme Court.

When he was given a chance to speak in Parliament about the amendments, former HRPP member and MP for Urban West Faumuina Wayne Fong acknowledged the case before the Courts as the reason why Parliament had been called into session.

Faumuina was referring to Lawyer Tuala Iosefo Ponifasio and businessman Papalii Panoa Tavita Moala’s applications to the Supreme Court contending certain provisions of the Electoral Act 2019 were unconstitutional and discriminatory.

The Minister of Justice and Courts Administration rebutted and strongly objected to the notion, saying the Courts had no influence over the Electoral Act amendments before Parliament which had been in the pipeline for months, dating as far back as April this year.

Faumuina Wayne Fong was not convinced and questioned the integrity of the timing for Electoral Act amendments, with the April 2021 general election only months away.

“If you had legilsative amendments to be made, what time did you intend to bring them, when we are about to have a general election?”.

Faumuina added that the Minister’s explanation as to the Electoral Act amendments presented that morning were incomprehensible to him.

Following a week long hearing and closed deliberations in judge’s chambers, Justice Tafaoimalo Leilani Tuala-Warren issued the following order in the Supreme Court of Samoa on the 7th of September 2020.

Said Justice Tafaoimalo, “By consent of the Applicants and Respondent, I make the following orders;

“The Applicants will withdraw their applications subject to the following;

“That the Respondents will carry out amendments to the relevant provisions of the Electoral Act 2019 in accordance to the Memorandum attached to this order.”

The Supreme Court Justice then went on to say that the terms of the memorandum between parties would remain confidential until the Electoral Act mendments are made.

Two weeks after this Court order was issued by Justice Tafaoimalo, a special sitting of Parliament was held on the 22nd of September where amendments to the Act were passed.

Within one week of the Speical Sitting of Parliament to bring in Electoral amendments, the Applicants were back in Court to withdraw their applications, stating that the amendments had restored their ability to stand as candidates in April.

Outside Court Papalii Panoa Moala told the media that the Minister had lied to Parliament in denying that their case before the Courts had no influence over Electoral Act amendments.

“I respect that it was a Minister.. but what he said was a lie”.

Tuala Iosefo Ponifasio agreed and said, had they not challenged the laws in Court, Samoa would not have seen the recent changes.

Applicants’ Counsels told local media outside Court that the recent amendments have satisfied all issues raised in Court on behalf of their clients.

Fuimaono Sarona Rimoni Ponofasio said, “Our clients’ rights to run the general elections have been restored, so yes, our applications have been withdrawn”.

Fuimaono said one of the issues they had raised was the authority given to the Electoral Commissioner to declare a candidate disqualified from running.

“The authority that the Commissioner had under Section 18 to disqualify a person from being a candidate in the elections has been removed, which is one of the things that we asked for”, said Fuimaono.

“Secondly, the exemption of the monotaga requirement that was only given to sitting Members of Parliament affected by changes to Electoral Constituencies, has been removed..;

“Thirdly, other than the Members of Parliament representing Urban Constituencies, all other people who want to compete in the elections are now equally treated under the exemption of Section 156;

“So now everyone is equal.. not just the Urban seats, but everyone affected by newly formed Electoral Constituencies are now equally treated in terms of the amendments to S156, which is one of the matters that we had raised as being discriminatory,” said Fuiomaono.