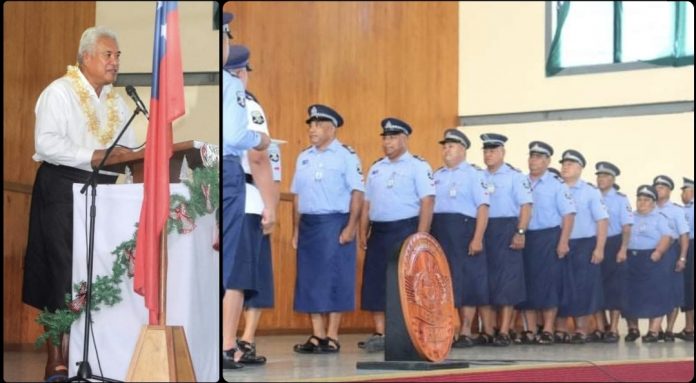 Samoa’s Minister of Police, Prisons and Corrections Lefau Faualo Harry Schuster acknowledged the challenges that face police officers in the service during the Ministry’s annual end-of-year service held at the EFKS Hall, Mulinuu on Monday morning. 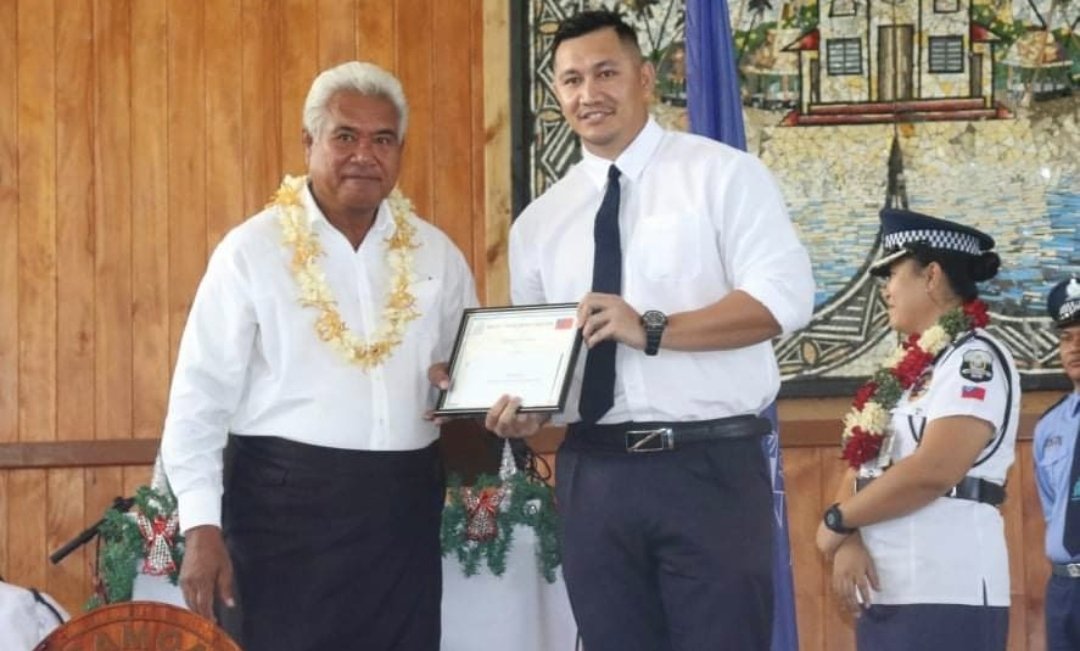 “This thanksgiving service is an initiative to celebrate your hard work throughout the year, and mark the start of the police festive season operations”.

“Police work is difficult work, and we thank you for your service to Samoa.”

The Minister also acknowledged the unconditional support of families of police officers, who were present to celebrate promotions being handed down. 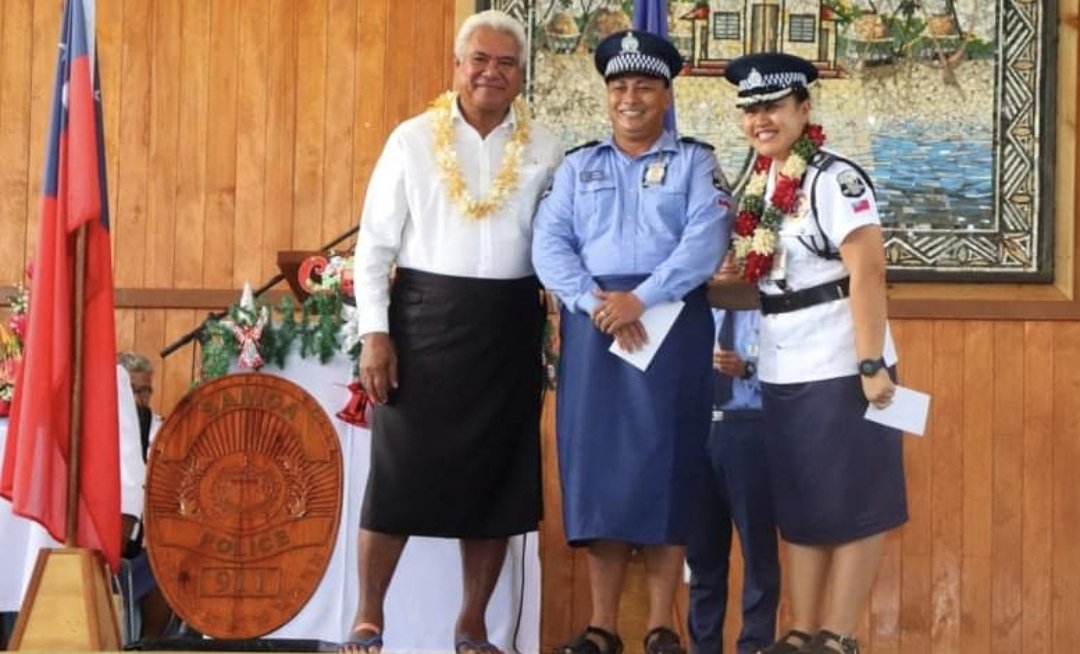 “This is the fifth year of celebration, which started during the time of our former Chief who always stressed the value of hard work and determination”.

Assistant Commissioner, Papalii Efo Moalele was the Master of Ceremony for the event, while Rev Mariota Siaea opened the programme with a prayer.

The program concluded with a performance by the police choir and the launch of this year’s Samoa Police Prisons and Correction Service Chirstmas video.

Each year the Samoa Police service issue important community messages through their Christmas video and this year’s video warns against driving under the influence of alcohol.

Last festive season, the Samoa Police Service made 31 DUI arrests in the 11 days between 23 December 2020 to 03rd January 2021. Although there were several tragic deaths from road accidents in the weeks leading up to Chirstmas last year, there were no road fatalities during that festive season period.