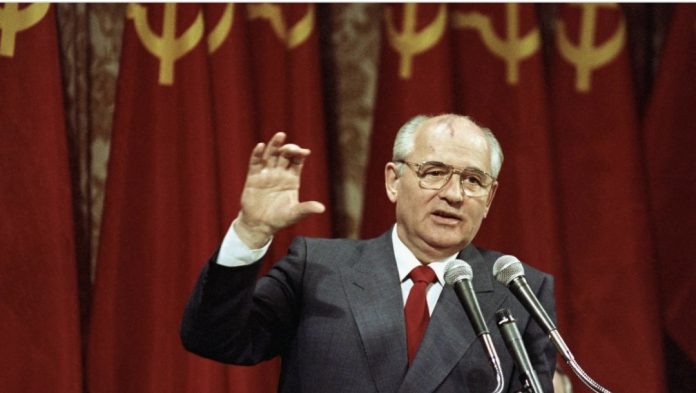 Russian news agencies have announced the death of Mikhail Gorbachev, the last leader of the Soviet Union, citing a statement from Moscow’s Central Clinical Hospital, where he was undergoing treatment.

The reports said he had died after an unspecified “long and grave illness.” He was 91.

Mikhail S. Gorbachev’s rise to power in the Soviet Union set in motion a series of revolutionary changes that transformed the map of Europe and ended the Cold War that had threatened the world with nuclear annihilation.

The reports said he had died after an unspecified “long and grave illness.”

Few leaders in the 20th century, indeed in any century, have had such a profound effect on their time.

His friendship with US President Ronald Regan helped to end the Cold War.

The two leaders recognized in each other the desire to move past tense politics and end a nuclear standoff between their countries.

At home he promised and delivered greater openness as he set out to restructure his country’s society and faltering economy.

Gorbachev is reported to have presided over the dissolution of the Union of Soviet Socialist Republics.

He ended the Soviet debacle in Afghanistan and, in an extraordinary five months in 1989, stood by as the Communist system imploded from the Baltics to the Balkans in countries already weakened by widespread corruption and moribund economies.

Mr. Gorbachev was the first Soviet leader since Lenin to have studied law, and as a student of courtroom rhetoric he became an effective public speaker. Fellow students recalled him as self-confident, forthright and open-minded, but also quite capable of unscrupulous scheming. In one instance, according to Time magazine, he got himself named Komsomol organizer for his class by getting his predecessor drunk and then denouncing him at the next day’s meeting.

Most accounts say that after joining the Communist Party, Mr. Gorbachev was a loyal functionary, although in his book “On My Country and the World,” he wrote that he had had reservations about Stalin, which he expressed only privately.

In recent years Mr. Gorbachev would weigh in on the issues of the day, but his voice had lost resonance. He warned against the eastward expansion of the European Union, worried publicly about the possibility of a new Cold War, and welcomed the Russian parliamentary vote to annex Crimea.

He ran hot and cold on President Vladimir V. Putin of Russia, a virtual antithesis to almost everything Mr. Gorbachev had tried to accomplish. At first he praised Mr. Putin for restoring stability, even at the price of authoritarianism, but he came to oppose Mr. Putin’s crackdown on news media freedom and his changes in electoral laws in Russia’s regions.

Mr. Putin, said Gorbachev, saw himself “second only to God” and never sought his advice.