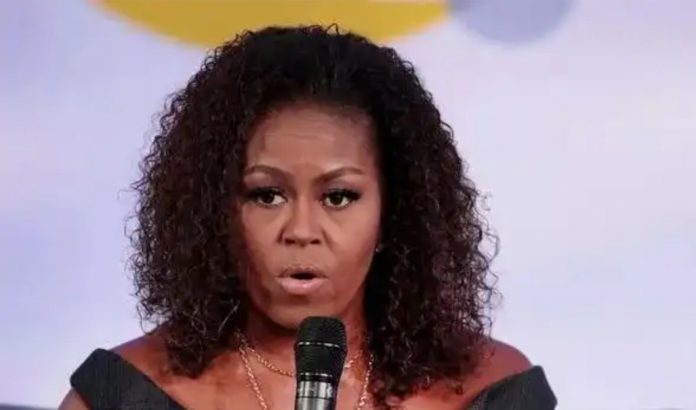 MICHELLE OBAMA used her Obama Foundation Summit appearance to discuss her experiences with ‘white flight’ as a child.

White flight is a term originating from the US in the 1950s and 1960s referring to large scale migration of white families away from racially mixed areas. Mrs Obama had previously mentioned the issue in her memoir ‘Becoming’. She commented: “Upstanding families like ours, who were doing everything we were supposed to do and better – as we moved in, white folks moved out, because they were afraid of what our families represented.

“I always stop there when I talk about this out in the world because I want to remind white folks that y’all were running from us.

“This family, with all the values you read about: you ran from us.”

The Robinson family home where Mrs Obama grew up was in Chicago’s South Shore area.

Mrs Obama continued: “We’re no different from the immigrant families moving in.

“The families that are coming from other places to try to do better, but because we can’t so easily wash over who we really were because of the colour of our skin?

“Because of the texture of our hair? That’s what divides countries: artificial things that don’t even touch on the values people bring to life.”

Mrs Obama studied at Princeton University in New Jersey before returning to Chicago to work at Sidley & Austin law firm where she met husband Barack.

She would work in Chicago in several different roles until her husband’s presidential election campaign.

Further discussing her feelings about white flight, she said: “I feel a sense of injustice.

“You know this when you’re young.

“You know people are running from you.”

She added: “We grew up with friends of all races when we first moved in. We played together.

Some commentators have called for Mrs Obama to run for Democratic nomination for next year’s Presidential election.

The former First Lady has said she is not interested in running, but according to Oddschecker, she is the twelfth favourite to win the nomination.

This puts her ahead of nine candidates still in the running.

The nomination will be confirmed at the Democratic National Convention in Milwaukee from July 13 – 16 next year.

Donald Trump is favourite to once again win the Republican nomination.