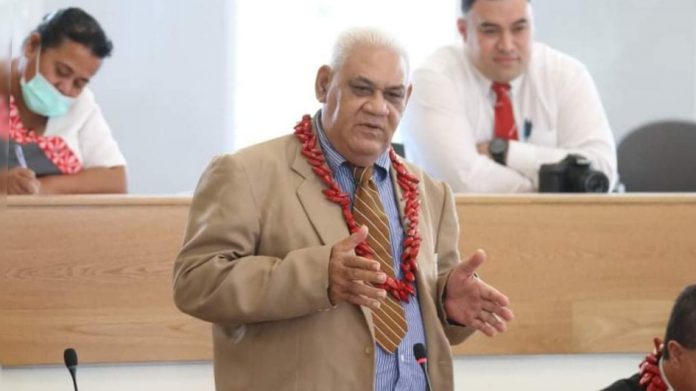 23 June 2022, Apia Samoa Parliament. Members of Parliament should be allowed to leave the political party they pledged to belong to, and become an Independent MP, if they are unhappy with the party for whatever reason.

This is the opinion strongly put across by Member of Parliament for Faleata 4, Ale Vena Ale, during Wednesday’s parliamentary session.

A former PSC Commissioner and long time member of the Human Rights Projection Party, Ale told Parliament the rule which prohibits an MP from leaving a political party was a “discrimination move by the former government”.

Ale secured the newly formed Faleata 4 seat at the April 2021 general election, running under the banner of HRPP.

Ale said he does not object to the law that states an MP who crosses must return to by-elections. However, he said the recent amendment that now states an MP loses their seat when they leave their party to become an Independent Member of Parliament, is not just nor equitable.

“It’s fair if you are going to defect, and move to another party,” said Ale, “but if you want to become Independent, why should you have to go back to by-election?” he asks rhetorically of Parliament in his extremely audible voice.

“We must remove this law,” said Ale.

The MP for Faleata 4 elaborated, and asked, “Why would an MP want to remain with a party, “if they know, and they can see, that there are many issues”.

“No can!” said Ale in English.

The Commission of Inquiry appointed to review the Samoa election process is currently conducting consultations with constituencies across Upolu and Savaii, and the MP for Faleata 4 said he wanted to voice his opinion while this inquiry was underway.

Ale told the Speaker of the House to please consider this law change as an urgent matter.