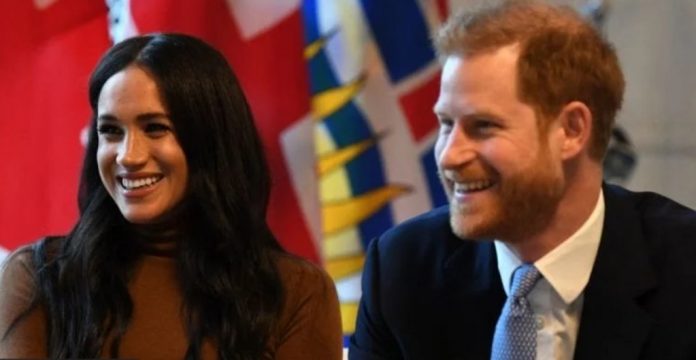 London: Prince Harry and his wife Meghan, the Duchess of Sussex have named their new baby daughter after the Queen and Princess Diana.
Meghan gave birth to the couple’s second child, Lilibet “Lili” Diana Mountbatten-Windsor on Friday morning in a hospital in Santa Barbara, California.

Buckingham Palace said the Queen, Prince Charles (Prince of Wales) and his wife Camilla (Duchess of Cornwall) and Prince William and his wife Catherine (Duke and Duchess of Cambridge); have been informed and are delighted with the news.

The couple placed a bomb shell on the Royal family when the Duchess made allegations of racism, family feuds and revealed her suicidal thoughts in an exclusive interview with Oprah.

“Both mother and child are healthy and well, and settling in at home,” Harry and Meghan’s press secretary said.

The couple named the baby Lilibet ‘Lili’ Diana Mountbatten-Windsor in tribute to the baby’s great-grandmother, the Queen, and late grandmother, Princess Diana.

The Queen’s family nickname is Lilibet, reportedly because she could not say “Elizabeth” as a young child. It was also the name the late Prince Philip called his wife of 73 years.

In a separate statement released on social media, Harry and Meghan said they had been “blessed” by their baby’s arrival.

“She is more than we could have ever imagined, and we remain grateful for the love and prayers we’ve felt from across the globe,” they said.

“Thank you for your continued kindness and support during this very special time for our family.”

Prime Minister Boris Johnson tweeted: “Many congratulations to the Duke and Duchess of Sussex on the birth of their daughter.”