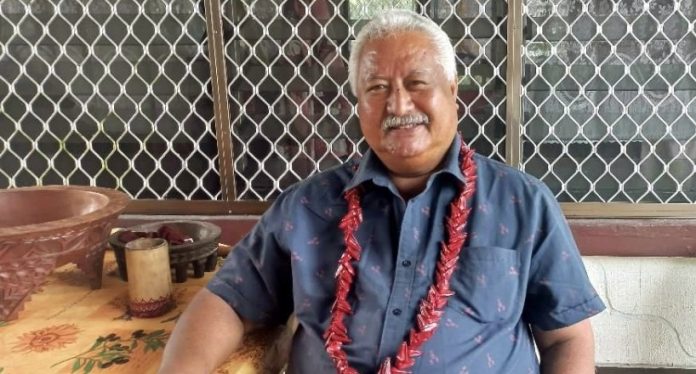 Educator and author of Samoan language and oratory, Maulolo Tavita Amosa has secured the Sagaga 2 seat after the final count confirms he has 677 votes to Faalogo Ivins Chan K Tong’s 614.

The final count is complete and OEC has issued official results of Samoa’s by-elections, confirming the lead of 63 for Maulolo Tavita to secure the Sagaga 2 seat for HRPP.

Before the official results went up, the hard working committee of Maulolo Tavita were seen hugging and celebrating excitedly, hinting to the rest of the tapuaiga what the results would be..

On Saturday morning, committee members came into the Office of the Electoral Commissioner temporarily set up at Tuanaimato to sort out special votes and pre-polling votes. Sagaga 2 confirmed 71 special votes, and 143 votes pre-polled needed to be counted today.

Those votes were counted throughout the day, under the watchful eye of committee members for all 6 candidates.

The wait was long and nerve wrecking for the tapuaiga of the top two candidates, seen in the stadium of the Tuanaimato hall where the counting took place.

All votes were then recounted this afternoon for the official results to be issued. Just before 7pm on Monday evening, the final count for Sagaga 2 was placed up on the black boards, confirming HRPP’s Maulolo Tavita Amosa as the official winner of the Sagaga 2 seat.

The veteran educator and consultant of community development is no stranger to elections, having competed in general elections many times before.

Electoral Commissioner Faimalomatumua Mathew Lemisio has left the Tuanaimato offices to deliver the official results of Samoa’s six by-elections to the Head of State.

The final count sees HRPP with 2 seats while FAST has 4.

With no woman securing a win, two seats will need to be determined by calculating percentages of votes. 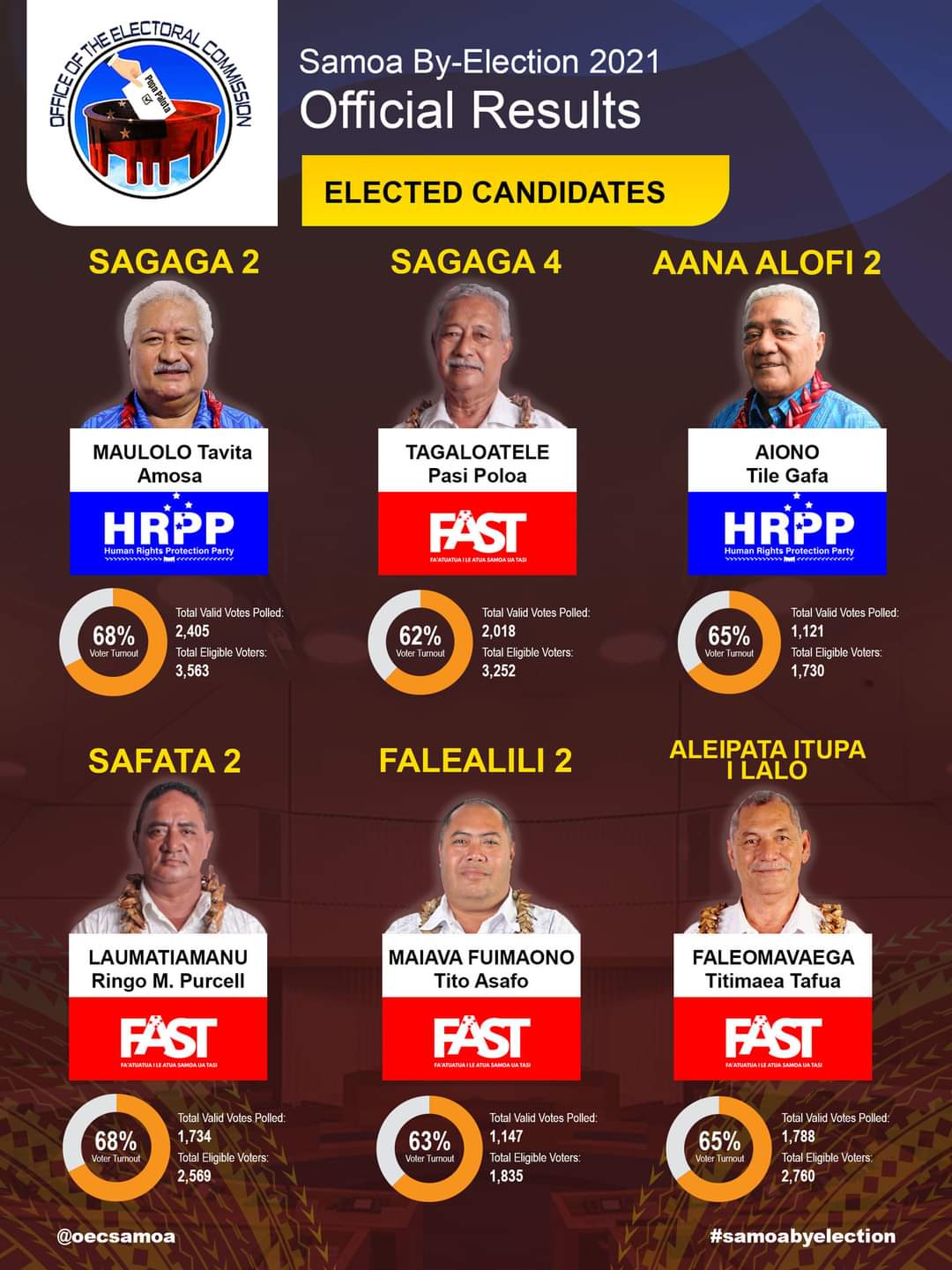