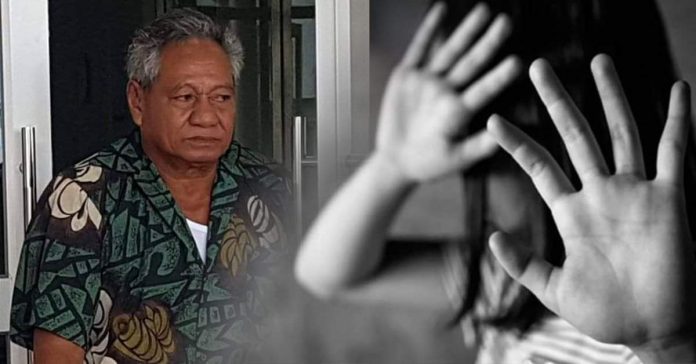 Fuimaono Tanielu faced 9 charges relating to sexual violation of a girl under 16 years of age. One charge of rape and 8 charges of indecent assault and carnal knowledge.

When the matter was first called Fuimaono had pleaded not guilty, so Police and Prosecution prepared for the hearing due to start yesterday. When the matter was called, however, the accused changed his plea to guilty, through his lawyer.

The prevalence of cases where young girls are sexually violated is noted in the Samoa Courts. During mentions on Monday this week, three men aged between 51-71 appeared in Court facing charges of rape, indecent assault and carnal knowledge.

One was a Methodist faifeau, and another was a grandfather who had violated his own grand daughter. Those two men will enter pleas when their respective cases are called back on 4th November 2019.

The third man who appeared on Monday pleaded not guilty and has been given a hearing date in July 2020.