Samoa have confirmed that prisoners have escaped from Tanumalala this evening but did not say how many were involved.

TV3 had first scooped the incident as a “mass prison break” at 9pm Monday evening.

The TV3-Apia Broadcasting Ltd notice stated that they have been notified of a mass prison break. No other details are given except a warning for the public to not approach escaped prisoners.

The TV3 post circulated widely with close to 200 shares in 12 minutes. 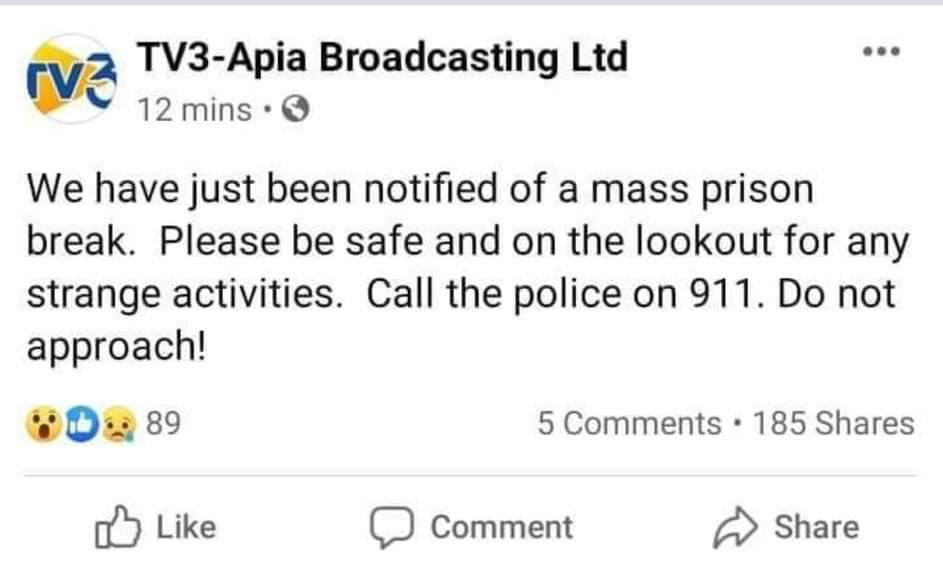 According to TV1, they have been informed that there are over 30 prisoners unaccounted for.

Samoa Global News awaits a response from Police Commissioner Su’a Fuiavailiili Egon Keil as well as the Commissioner of Prisons for exact numbers and the extent of the prison break.