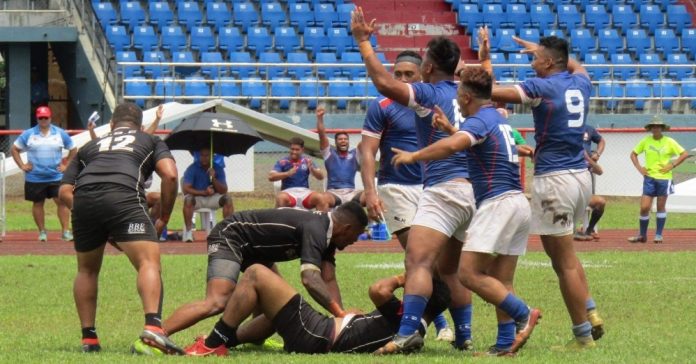 The semi finals for the 33rd Vailima 7s have been set with Moata’a taking on Lauli’i and Tepatasi taking on the red hot Faleolo Jets.

Their semi final opponents Lauli’i had to fight for every point in their 19-14 win over Tamauli.

With tensions high, Lauli’i captain La’aloi Leilua and Tamauli youngster Owen Fetu both received red cards in the first half. The game came down to who was going to be mentally tough in a 6 on 6 match.

Tepatasi showed why they are the reigning Samoa National 7’s champions after putting on the performance of the tournament so far.

Va’afauese Apelu, Tepatasi’s in-form forward continued his excellent form by scoring a double in the first half to give their team a 14-0 lead.

The Maroons struck first in the second half but fitness and defence was the difference as Tepatasi ran away with the match 21-5.

As you would expect from “Blackie”, they stayed cool, calm and collected and fought their way back into the game to make it 12-14.

However, the combination of fit youth like Tuna Tuitama and experienced seasoned veterans like Melani Matavao proved too much for Vaiala to handle at the back end of the match as Jets became victors 19-12.