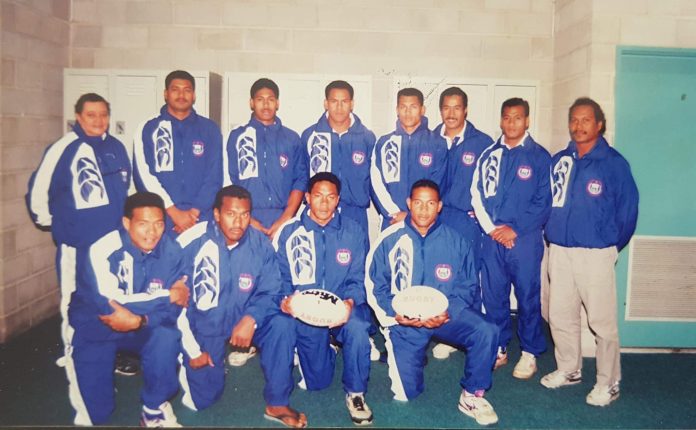 Marina Schaffhausen was the first woman who has both coached and managed a mens rugby 7s side and her passing earlier this week has brought on a flood of social media tributes to remember the Iron Lady of Samoa Rugby.

Remembered as a a tough but loving rugby administrator by all players and of her era, Marina passed away peacefully in New Zealand at the age of 83, and her impact on rugby was evident during an intimate family service held in her honor at the Henderson funeral home.

Marina Schaffhausen was the first and remains the only woman who has managed the Samoa men’s international rugby 7’s side. She took on various administrative roles for her Moataa Rugby Club including that of both Coach and Manager.

Marina entered the Samoa rugby scene in 1988 and one year later in 1989, she took up the role as the Samoa Rugby 7s Manager, with Taufusi Salesa as Coach/Player. This arrangement, with “Stau” still a player meant that Marina played a leading role as the key administrator on tour.

Former Manu Samoa and Moataa rugby legend Fainuulelei Pauli Filipo Saena recalls, “I remember Marina was sharing the workload with Taufusi. She was also the team psychologist, doing a lot of work on the players’ mental side,” he recalls.

Saena recalls that Marina led Moataa to win several National 7’s titles including the Marist International 7s and in 1993, she is most remembered as the glue who kept Samoa 7’s together during the famous victory in Hong Kong.

At her family service this week, Great All Black (GAB) and Moataa Rugby legend Michael Jones spoke on behalf of the players present.

Sir Michael Niko Jones spoke of a strong woman, who pushed and encouraged players with love.

Speaking with Brian Lima, Muliagatele described the Iron Lady as a tough but loving manager and coach, who brought the best out of her players, both on and off the field.

“We remember Marina as a hard woman who always pushed us to become the best version of ourself as players,” said the rugby Hall of Famer.

Lima shared that Marina changed many players’ lives and always put God first. He recalls that Marina made it compulsory for all players to take their bible and hymn book on tour. He also speaks about Marina’s focus on player’s psychological and mental stability.

Brian Lima said Marina had one golden rule for the rugby field, and that was to be fearless.

“Marina forbid fear, she wanted all her players to be strong and courageous”. 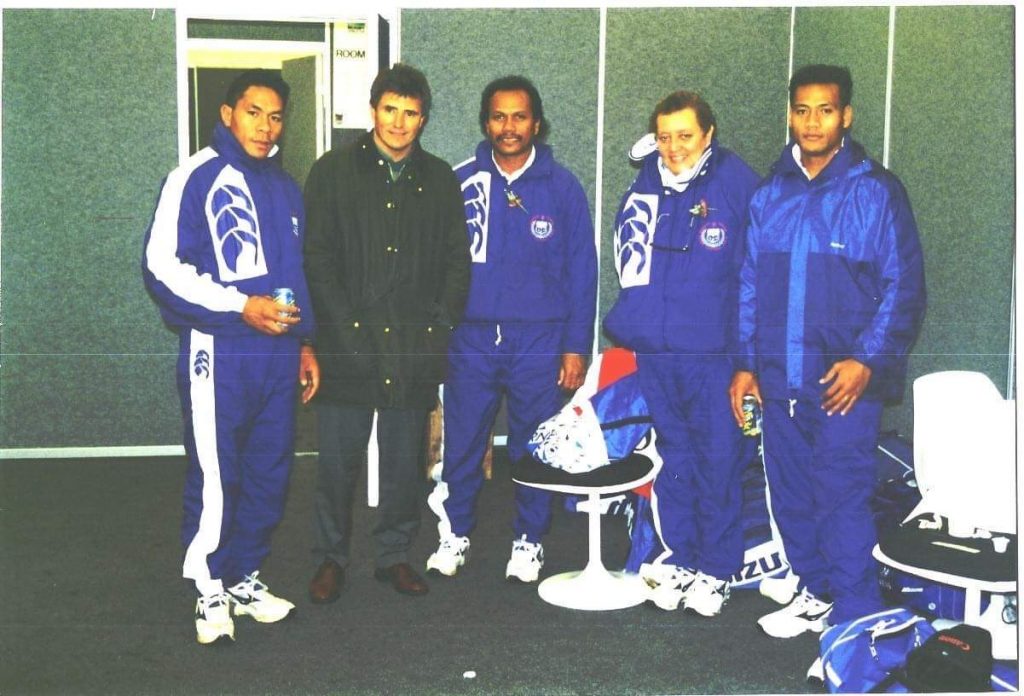 Brian Lima recalls the 1993 Hong Kong 7s triumph and credits Marina as the key that held the team together.

“I still recall that 1993 tournament, in the way Marina encouraged us before each match. She told us that losing to New Zealand and Fiji was just not an option”.

Fainuulelei Filipo Saena took to social media to express his sadness for the passing of his former manager and mentor.

Saena has described Schaffhausen as the cornerstone of Moataa and Samoa Rugby whose strength was to unite the team. He has also shared many of his old photos with us for this article.

“She treated all of us, the rugby players, the team, and everyone at the club, as one of her own… It was her love that brought us together, and to play together as one.” Saena said.

“She was a very successful manager; .e ote but deep down she wanted the team to be successful and then of course, she created history. E loto alofa ma loto fesoasoani faa-tina, i soo se tasi,” Saena added.

Marina’s eldest daughter Wendy Faapoi spoke at the family service, but two of Marina’s sons were still in compulsory isolation and could not attend.