30 June 2021, Auckland NZ. Manu Samoa head coach Mapusua Seilala Mapusua will be looking to equalize the two-match series with the Maori All Blacks, making a plethora of changes to his side for this weekend’s match.

Captain Michael Alaalatoa who came off the bench last weekend gets his starting spot back at tight head prop. This jumps Kalolo Tuiloma to the bench with Jonah Aoina not selected in the 23. 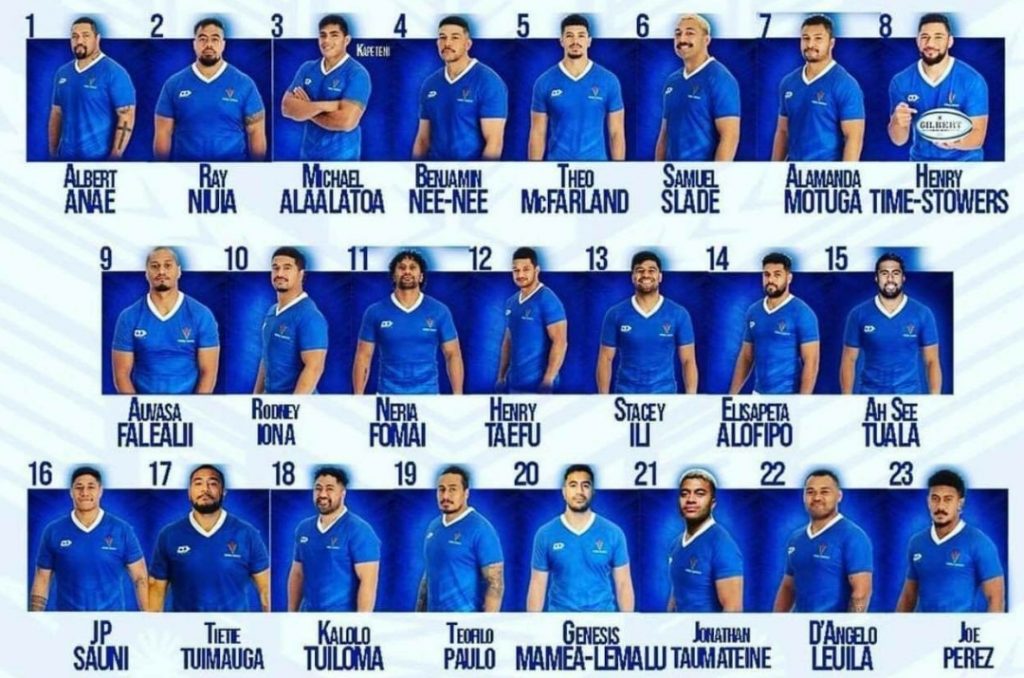 Last weeks captain Jack Lam and No 8 Olajuwon Nua make way for locally based lock Theodore McFarland and Manu 7’s star Alamanda Motuga. McFarland will start at lock pushing Sam Slade to blindside flanker and Henry Stowers to No 8. Motuga finally gets his long awaited Manu Samoa debut after being a standout performer for Counties Manukau in 2020.

Auvasa Falealii who started off the bench last week has done enough to earn himself a starting spot at halfback.

Last weeks impact bench players Elisapeta Alofipo and Stacey Ili have both been promoted to the starting line up at right wing and centre respectively, while veteran Manu Samoa fullback Ah See Tuala gets the No.15 jersey this week.

On the bench, Mapasua has introduced 5 new players.

A big win for Samoa is Hurricanes halfback Jonathan Taumateine joining the squad this week, to make his debut from the bench also.

Veteran Manu Samoa first five D’Angelo Leuila and Manu 7’s star Joe Perez both come off the bench as impact players. Leuila debuted for Samoa at 19 years of age and will look forward to pull on the blue jersey for the first time since 2018.

Samoa will face off against the Maori All Blacks this Saturday at Mt Smart Stadium, Auckland. Kick off at 5:30pm (Samoa Time) and will be aired on TV1 Samoa 🇼🇸.