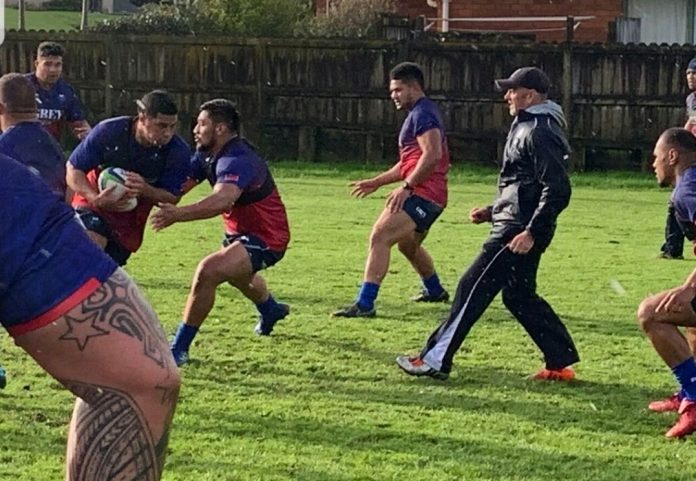 18 July 2019, Auckland New Zealand. The Manu Samoa extended squad has gathered at the high performance AUT Millennium Institute facility in Auckland’s North Shore to start it’s preparations towards the Pacific Nations Cup that kicks off in a weeks time.

The players are undergoing testing which according to a media statement, “will ascertain a baseline conditioning level from which the trainers can build upon.”

“The coaches are running though games plans and match systems with the team”, reads the statement.

TVNZ personality John Campbell has been by to visit the team and wish them well.

The team is expected to travel to Samoa on Sunday for the lead up to their Pacific Nations Cup opener against Tonga on 27 July.