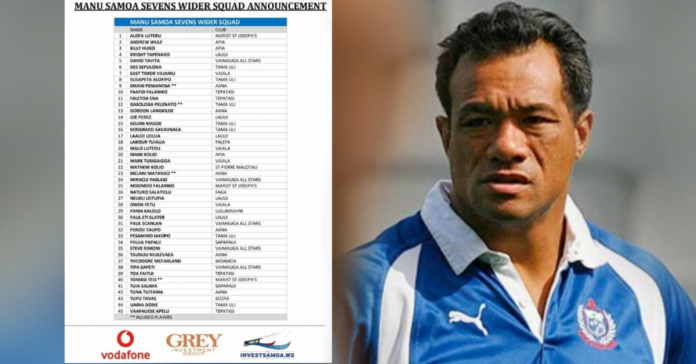 Lima has picked a mixture of experience and young talent to make up his 45 man ‘wider squad’ after 4 weeks of the tournament.

Of the 45 selected, 34 players have yet to make their HSBC Sevens Series debut. 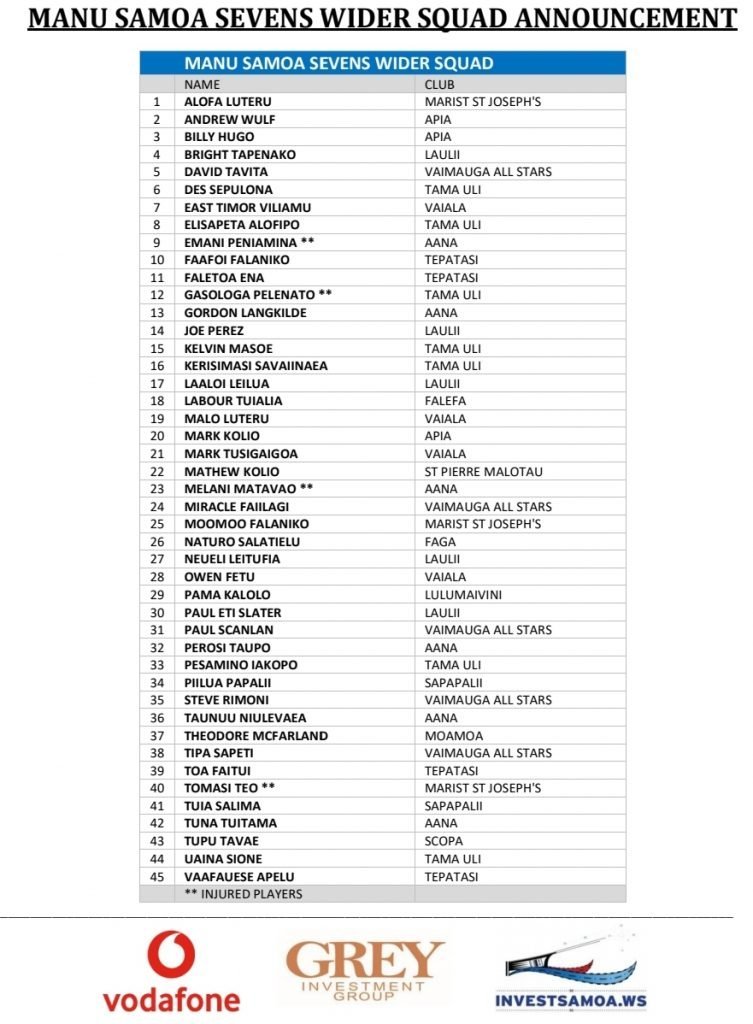 All “Players of the Day” from each of the four legs of the tournament have been made the cut.

The list was sent out in an email from SRU National 7s Tournament Director, Salesa Seiuli this afternoon.

The SRU have invited the Samoa media to a press conference tomorrow morning at 9am.

The announcement to the media also requests all named players to a Team Orientation this Wednesday.

To all named players, please report to the Samoa Rugby Union on: