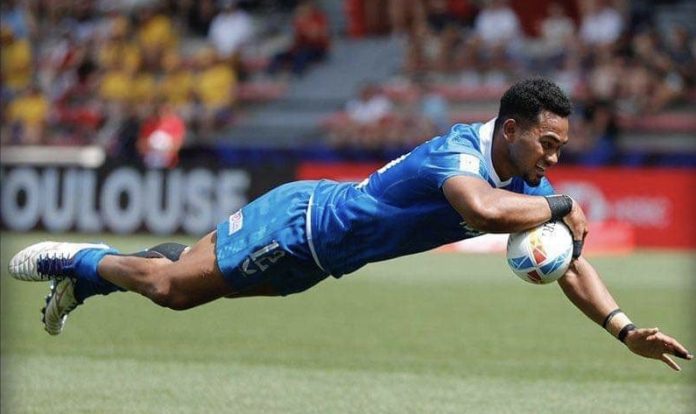 The Manu Samoa 7s have made a statement in their first match of the Commonwealth Games with a 34-0 win over host nation England.

The 7’s players were absent from the Commonwealth Games opening ceremony the night before, sacrifing the event to be ready for an early match against England to kick-start the games.

The decision paid off, with the Manu Samoa side coming out in full force. Co-captains Melani Matavao, Vaafauese Apelu Maliko and Vaovasa Afa Su’a led by example with all players putting in strong runs, elusive offloads, and never faltering in defense.

On form all season, Steve Rimoni-Onosa’i opened Samoa’s accounts in the first 2 minutes of the match when he ran over the top of an English defender to cross the line.

Up 7-0, Va’afauese Apelu-Maliko took to the air to win the kickoff for Samoa and put the men in blue back on the attack.

It started with Vaa, and it ended with him too when he split two would-be English defenders to give Samoa an early 14-0 lead.

Steve and Vaa continued their attack against a flustered England side..

14-0 became 19-0 when Vaa Apelu-Maliko carried two defenders with him before freeing an arm to offload the ball to Steve Rimoni-Onosa’i for his double.

Running off a forward pack working hard to retain posession and territory, Steve Rimoni-Onosa’i turned his double into a hat-trick. On the stroke of halftime, the men in blue found themselves with a comfortable 24-0 lead.

England were starved of possession, and a strong Manu defense line struck down the few opportunities they had in attack.

Nothing changed in the second half for the Englishmen. Samoa looked strong, fit and focused, leaving the hosts tryless infront of their home crowd.

Hard working co-captain Vaovasa Afa Su’a got in on the trying scoring action after halftime. The Tamauli captain tucked the ball into his chest, put his head down and pumped his legs over the white chalk.

With a 29-0 lead, Head Coach Muliagatele Brian Lima started to bring in his bench. 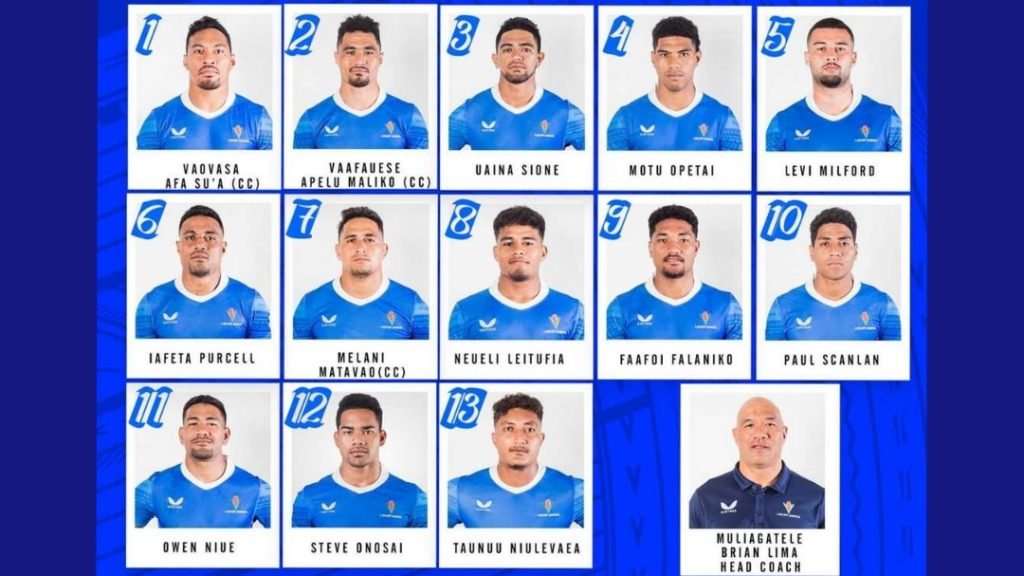 Samoa scored one last try through Tepatasi’s Faafoi Falaniko to extend its lead to 34-0 over England.

Some individual play by players deciding to go alone instead of passing the ball to clear overlaps, resulted in Samoa missing out on two definite tries. Errors they cannot afford to make at the Commonwealth Games.

Samoa needed a solid win over their hosts, as they prepare to face New Zealand later in the day (Friday in Birmingham).

Samoa’s next match is against New Zealand at 8:04am Saturday morning Samoa time.