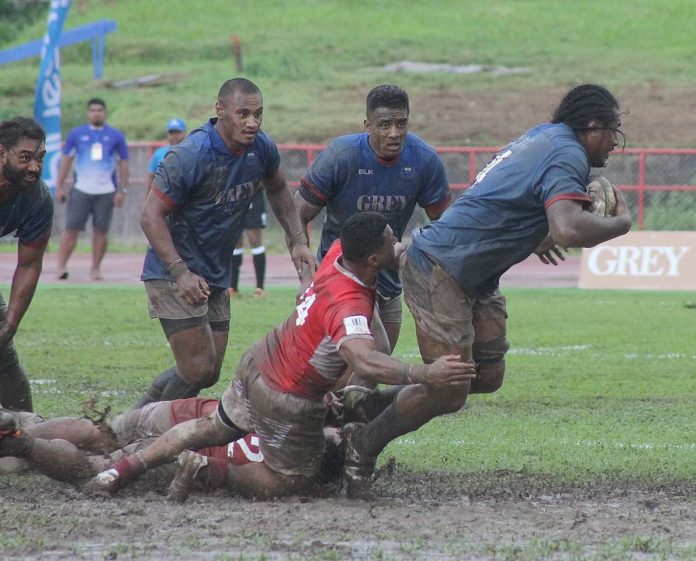 09 August 2019, Apia Samoa. Manu Samoa Head coach Vaeluagaomatagi Steve Jackson has recalled most of the team that defeated Tonga at Apia Park three weeks ago to face Fiji in their last Pacific Nations Cup game for the year.

The only change in the forwards from the starting eight in that match is man of the match Afaesititi Amosa who is unavailable through a sprained toe injury.

Jack Lam will captain the team this week from the openside flank and TJ Ioane moves to number eight.

Johnny Vaili has not been named in the team this week and will be replaced at the wing by Alapati Leiua and Kieron Fonotia will play at centre.

He said that the match against Fiji would be a “good test”.

“Obviously they have beaten some good teams. This is an opportunity to get our confidence back after last week and we will be looking for our game drivers to step up and run the game as we expect,” he said.

“PNC was always an opportunity to not only give players a chance to put their hands up for selection but for us to build depth. Planning is well done in advance of Japan,” said Vaeluagaomatagi.

He pointed out that management was happy with where they are heading and the things they are implementing are on the right track.

“We didn’t get a result last week but we are heading in the right direction”.

The team to play Fiji on Saturday 10 August are: