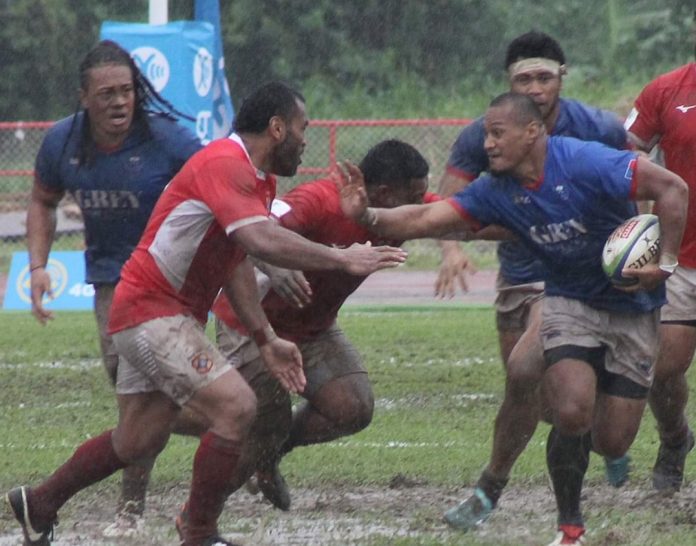 The pool of mud at Apia Park did not seem to phase the intensity between traditional rivals Samoa and Tonga with players from both sides braving the horrendous conditions to put on an entertaining match for home ground fans.

Tonga took the lead in the 11th minute, second-five Cooper Vuna crossing over for the first points of the match, a missed conversion giving the visitors a 5-0 advantage.

Tonga prop Ben Tameifuna was the next to score, going over from close range to leave the hosts trailing 10-3 at halftime.

After the break Samoa came out to show their worth, with centre Alapati Leiua scoring his side’s first points, Ulupano Seuteni’s successful conversion levelling scores at 10-10. A penalty then put Samoa ahead for the first time in the match at 13-10.

Tonga would take the lead once again, this time a try to replacement hooker Sefo Sakalia, who led the forwards in a patient pick-and-go charge to cross over after 15 phases.

Manu Samoa then capitalised on Tongas discipline with Sione Valianu being sent off for a late charge on Leiua. 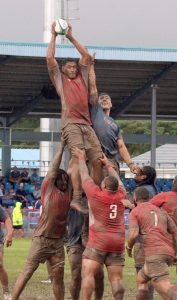 The visitors were further reduced to 13 with another yellow card, this time to Sakalia.

That would prove to be the undoing of Tonga, Samoa running in two tries with their numerical advantage, Afaesetiti Amosa and Belgiun Tuatagaloa sealing the come-back victory for the Manu. 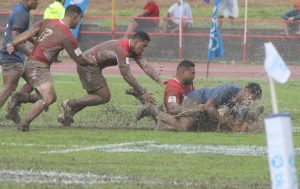 Manu Samoa’s newly selected captain Motu Matuu thanked the support of the country and gave praises back to God during his post match interview.

“It was pretty intense, the conditions didn’t actually help but we just had to stick to the game plan and get it to work.”

Samoa continues their Pacific Nations Cup campaign against the USA in Suva next weekend, while Tonga travel to Japan to take on the Cherry Blossoms.