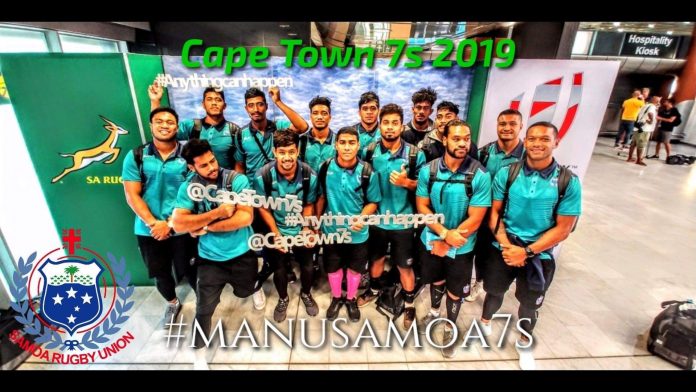 Sir Gordon Tietjens and his Boys in Blue have arrived in Cape Town for the second leg of the HSBC World Rugby Sevens.

Samoa headlines Pool D along with Australia, Ireland and Kenya.

This will not be a walk in the park for Manu Samoa 7’s as this is a tough pool.

Australia finished 5th in Dubai just one position behind Samoa. The men from the Land Down Under were described by Samoa 7s Captain Tomasi Alosio as “the in form team in Dubai”.

That was of course until Samoa ended Australia’s Cup run in Dubai at the quarter finals.

After Dubai, Australia go into Cape Town as the team with the 3rd most tries and points scored, behind South Africa and New Zealand.

Ireland finished 12th overall in Dubai but should not be taken lightly. This is the first time the Irish are a core team in the Sevens Series and they are packing a lot of strike power.  Ireland’s main weapon of attack is Speedster Jordan Conroy who currently leads the series in most points, tries and clean breaks.

Kenya performed well below their standards and finished 13th in Dubai. Kenya scored the narrowest margin against Dubai Champions South Africa when they lost 17-12 to them in the pool stages. Kenya are a Top Five team when it comes to most offloads which shows the style of play they bring to the tournament. Their 13th place finish should not be an indicator on how good this underrated Kenyan side is. 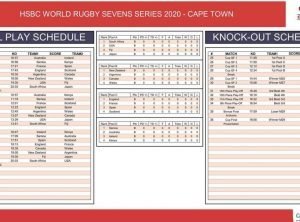