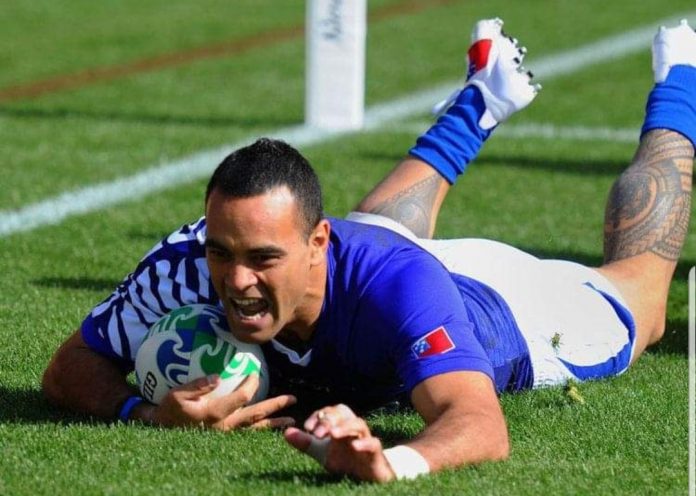 Former Manu Samoa halfback Kahn Fotualii has made the decision to hang up his rugby boots after an illustrious professional career.

Fotualii made his Super Rugby debut with the Crusaders in 2008. He played his most successful  season in 2010, scoring five tries for the Crusaders and starting most games ahead of All Blacks halfback Andy Ellis.

From his impressive form on the field for the Crusaders many thought Fotuali’i would get an All Black call-up, however, Fotuali’i chose to represent Samoa for their 2010 end-of-year tour.

He made his debut for Samoa against Japan where he scored Samoa’s only try to win the game 13-10 and was man of the match.

He signed a two-year deal with Welsh side Ospreys ahead of the 2011/12 season. He scored his first try for the Ospreys against Glasgow Warriors in a 20-26 defeat.

The now 37 year old represented Samoa in the 2011 and 2015 Rugby World Cups and over a 7 year international career racked up 35 caps and 28 points in the blue jersey.

Fotualii was part of the Manu Samoa side who took historic victories over Australia in 2011 and Wales in 2012.

After making his international debut, Fotualii signed with Ospreys in Wales for two years before moving on to Northampton Saints in 2013. The following year Fotualii played a key role for the Saints in their Gallagher Premiership Rugby winning season.

2016 saw Fotualii sign with Bath from three years accumulating over 60 games before finsihing his career with Montpellier in France.

Fotualii announced his retirement last week on social media, choosing to remain in New Zealand with his family amidst the COVID-19 lockdown.

“Thank you for this great opportunity. I regret that this season is over and having to end my career..” Fotualii said in his announcement. 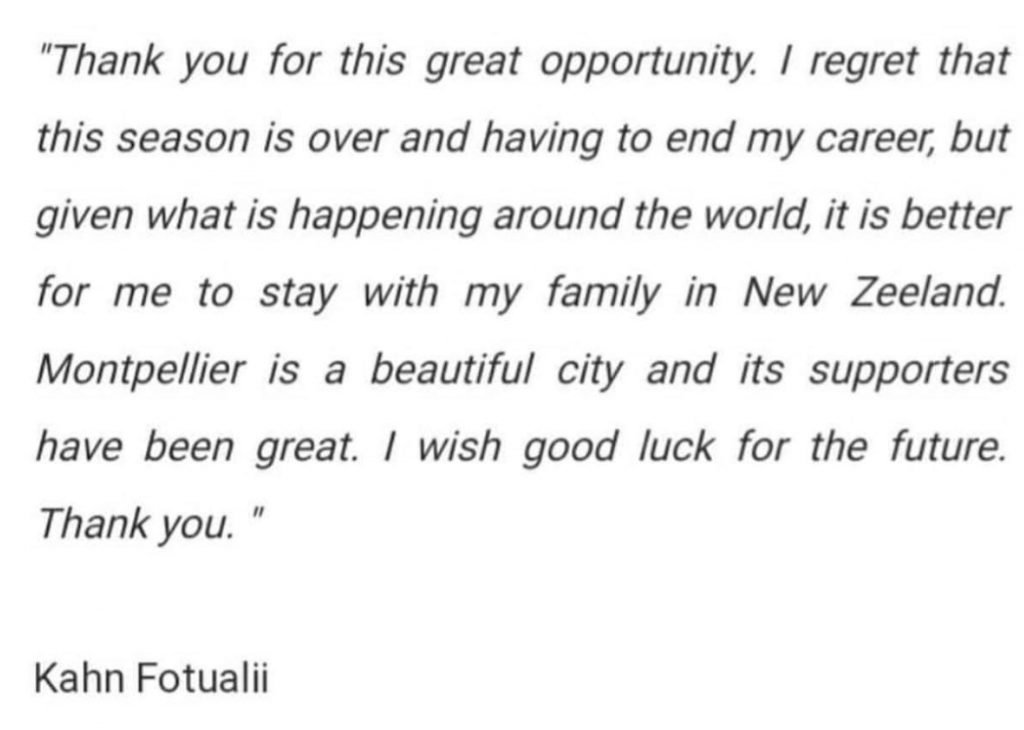