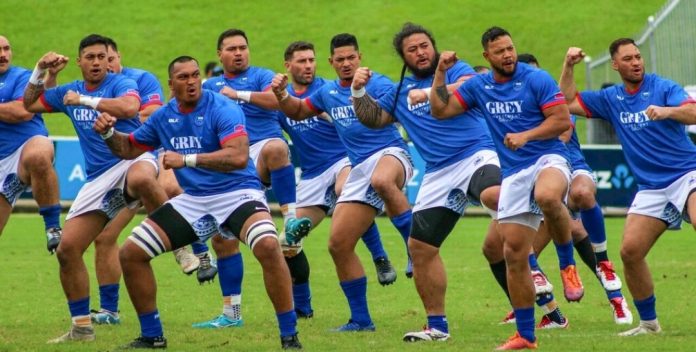 “We want to give everybody a run, especially in the first two games. I think we’ve done that.” 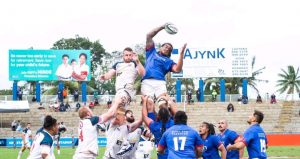 “One of the changes in the team: UJ Seuteni, who played extremely well last week, he’s not in the 23 this week and that’s just because we want to see Henry Taefu at some stage play 10;

“We want to build some depth in that area moving forward.”

Manu Samoa had a strong lineout, and stole many of USAs throws but USA proved too strong in the end.

Western Force flanker Henry Stowers played his debut with Filo Paulo and TJ Ioane the only survivors in the forwards from last Saturday while Johnny Vaili and Ahsee Tuala were joined by five new faces out wide.

MacGinty opened the scoring with a penalty before Samoa replied with a try in the 6th minute to Alapati Leiua who took an inside ball from five-eighth AJ Alatimu. 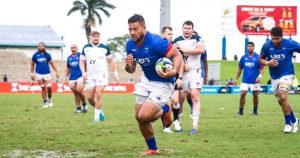 MacGinty scored a try of his own just before the 20th minute, the Eagles breaking through after building some pressure with disciplined phase play inside Samoa’s 22.

Samoa then trailed 10-7 for over 50 minuted until Henry Taefu playing second-five for Manu Samoa kicked a penalty from 30 metres and only 7 minutes left.

An infringement by reserve prop Alofaaga Sao from a lineout inside his own 22 metre mark handed MacGinty the chance to secure USA’s second win over Manu Samoa.

The Eagles are now 2-0 in the Pacific Nations Cup after they beat Canada last week while Manu Samoa takes on hosts Fiji next week. 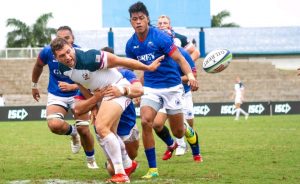