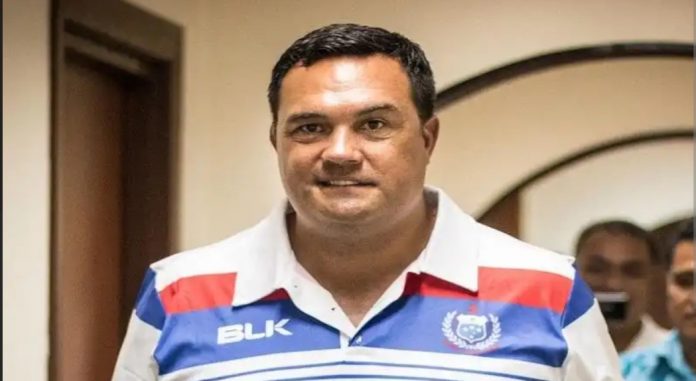 In the post-match interview Jackson said, “I think our boys played pretty well, obviously we didn’t capitalise on opportunities we had out there,”

“I suppose the scoreline didn’t really reflect how our team went, we had territory and things like that,”

“But overall apart from the score line I was pretty happy with the way the boys played.”

Manu Samoa dominated both territory (76%) and possession (66%) but weren’t able to turn that into points.

Fiji stayed composed and scored the lone try of the match despite only having 24 and 34 percent of territory and possession respectively.

In terms of injuries the Manu Samoa coach says they will have to wait and assess the players tomorrow.

“There’s a couple of ankle sprains I think, we just have to wait until they wake up, get a bit of rest and recovery and see how they are in the morning,” added Jackson.

Manu Samoa end the World Rugby Pacific Nations Cup with a win against Tonga and losses to USA and Fiji.

The team now travels to Samoa for four days before they camp in Nee Zealand to prepare for the 31st of August clash against the NZ Divisional 15s in Auckland.

Manu Samoa is also set to play a September test match against the Wallabies in Sydney before the Rugby World Cup in Japan.

Manu Samoa’s schedule for the RWC kicks off on the 24th of September against Russia, followed by Scotland 30th September before Japan on the 5th of October with the final pool match on the 12th of October against Ireland.