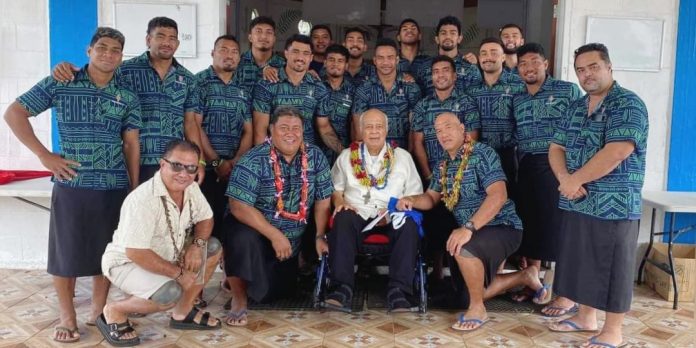 The triple celebration marked the Archbishop’s 70th birthday, as well as his 20th Episcopal Anniversary as the Archbishop of the Catholic Archdiocese of Samoa, and 45 years since his Priesthood ordination.

The celebrations began with an early morning thanksgiving mass followed by a lunch attended by hundreds at Malololelei.

Archbishop Alapati Lui Mataeliga was born 4 January 1953 in Sataua on the Big Island of Savai’i. He was ordained for the presbyterate of the Diocese of Samoa and Tokelau in 1977.

Upon the retirement of Cardinal Pio Taofinu’u, Father Mataeliga was appointed by the Holy See as the second Archbishop of Samoa-Apia on November 16, 2002. He was consecrated to the episcopate and installed as ordinary by Archbishop Patrick Coveney, Apostolic Nuncio to Samoa, on the 3rd of January 2003.

When Samoa’s recent political crisis reached an impasse in September 2021, Archbishop Alapati Lui Mataeliga performed a traditional ifoga infront of the Government Building. During the traditional apology, His Grace covered himself with a fine mat, as a mark of asking for forgiveness.

Head Coach Muliagatele thanked His Grace for the kind invitation. He also acknowledged the love and especially the prayers for the team.