Saturday 19 June 2021, 9pm Manu Samoa Sevens have gotten off to a good start at the Olympic 7’s repechage with a solid 69-5 win over Mexico. Paul Scanlan and youngster Steve Onosa’i Rimoni both scored doubles while Fa’afoi Falaniko notched himself a hat-trick in his first appearance for Samoa.

Manu Samoa’s second match is against an all-European based Tongan side, before ending the day with Zimbambwe. Their final pool match is scheduled for the next day, against Ireland. Tonga and Ireland are the teams to beat with two teams per pool progressing to the semi finals. 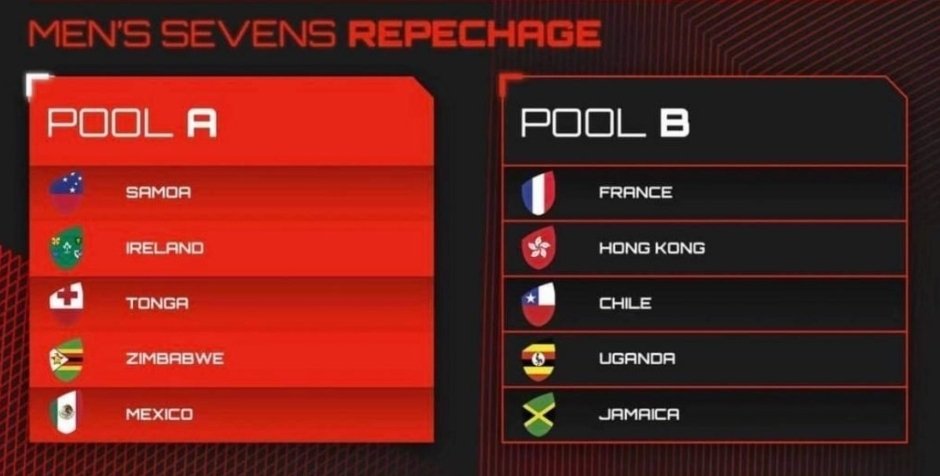 With five squad members who had never left Samoa before, the Manu 7’s flew out two weeks ago with 12 locally-based players. After a 4-day journey through Auckland, Dubai and Paris; the team spent a week training in Nice, before heading to Monaco for the much anticipated Olympic qualifiers.

Manu Samoa winger Belgium Tuatagaloa and young 19 year old Levi Milford who both play their rugby in France, joined the squad as injury cover.  But with Uaina Sione sustaining an unfortunate knee injury at a practice match last week, and Belgium Tuatagaloa having to pull out of the Captain’s run the day before the tournament, the men in blue will only be with 12 players and no injury cover for the next 2 days of the qualifers.

Local youngsters such as Steve Onosa’i Rimoni, Faafoi Falaniko, Vaovasa Afa Sua, Bright Tapeneko, Tipa Sapeti and Neueli Leitufia will pull on the Samoa jersey for the first time ever, while Paul Eti Slater and David Tavita have represented Samoa in 7’s tournaments in the past, but not at the World Rugby International level.

Currently ranked 13th in the World Rugby 7’s ladder, Manu Samoa has to secure the Top 2 in their pool, to advance to the semi finals of the repechage.  Only the winner of the repechage will qualify for the Tokyo Olympics.

Matches can be viewed on TV1 Samoa or the World Rugby Sevens Facebook Link. 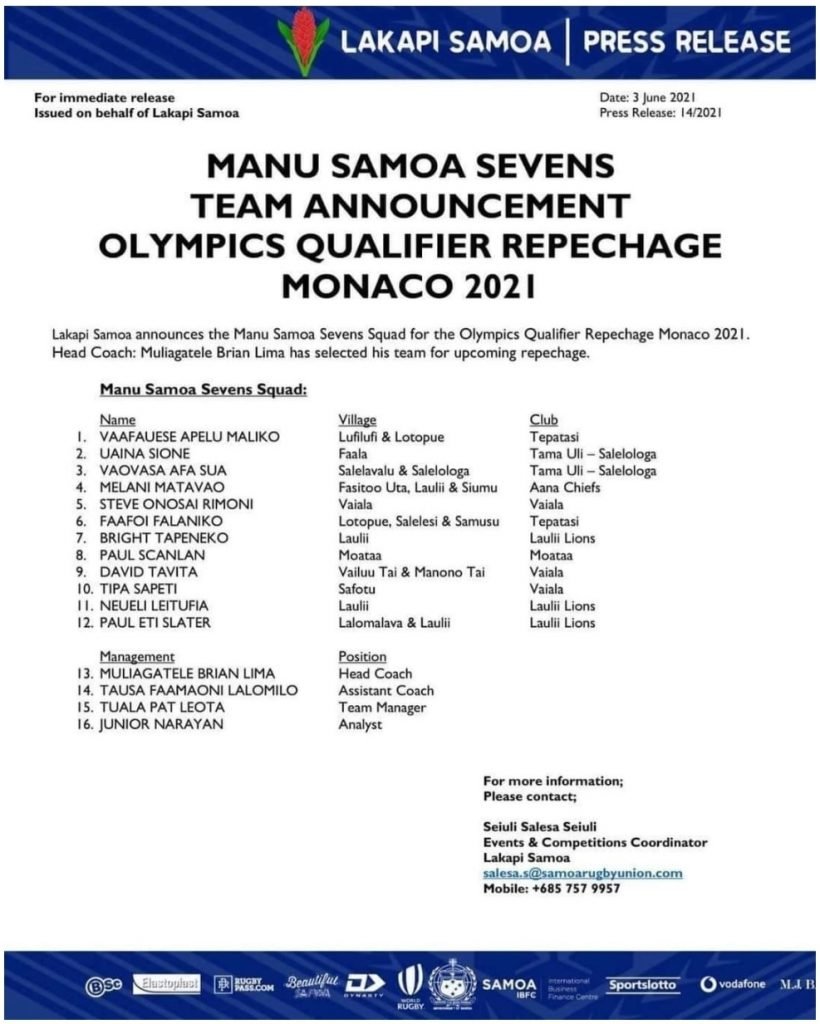