Home Sports Rugby Manu Samoa 7s Arrive Safely in Nice
Share
Facebook
Twitter
Pinterest
WhatsApp
The Manu Samoa and Manusina 7s squads have arrived safely into Europe after a four day journey that saw them spend an overnight transit in Auckland, a long haul flight to Dubai and an 8 hour transit in Paris before arriving in Nice where they will spend the week in training before heading to the Olympic Qualifiers in Monaco.
Responding to questions from Samoa Global News Head Coach of the Manu 7s Muliagatele Brian Lima says both teams are settling in well.
“It was a long trip and we thank God for bringing us here safely;
“The first two days have been more like recovery sessions – light runs and swimming pool because players are still jet lagged from the 4-day trip,” said the Head Coach.
Muliagatele says five of his 12-man squad have never travelled outside of Samoa before and this experience would no doubt help mould them as players.
“This is the first time away from Samoa for some of these players and also the first time for them to experience the culture of touring with a team;
“When players come from different backgrounds and different upbringing, we’re tested as a team during tours to make sure we can build unity and bond together as a team,” said the five-time world cup former Manu Samoa 15s and 7s international.
“We’re putting discipline, determination and hard work as a core part of that culture. The players are fresh and young, also new to the international level so we have to instill good habits now that will help them in the future as they move forward with their careers,” added Muliagatele.
The 7s head coach takes over with Samoa placed 13th on the World rankings after 4 years of Sir Gordon Tietchens. He says there have been set backs in building his team with covid lockdown and players opting to join the 15s.
“There is still no depth in Samoa for players with size and height. We lost players like Theodore McFarland to 15s and also players like Tofato Solia couldn’t join us because of covid”, said Muliagatele. 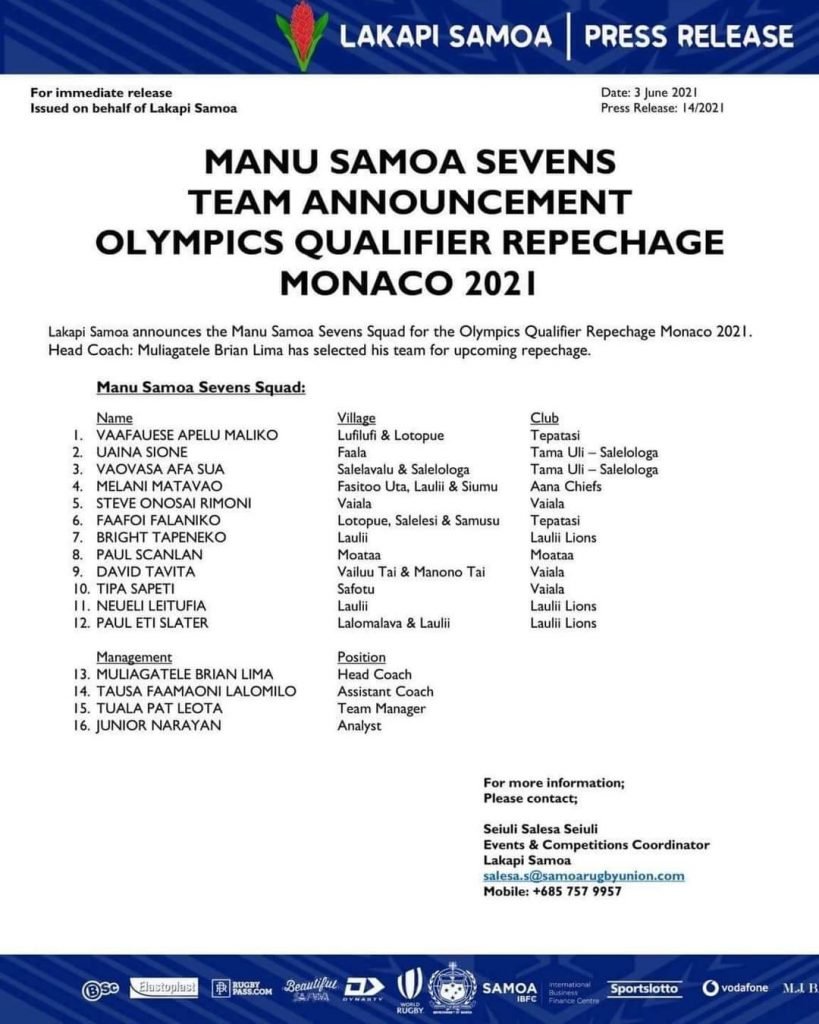 World Rugby have announced two pools for the World 7’s repechage tournament to decide the final spot for the Tokyo Olympics, scheduled for the 19th and 20th of June in Monaco. 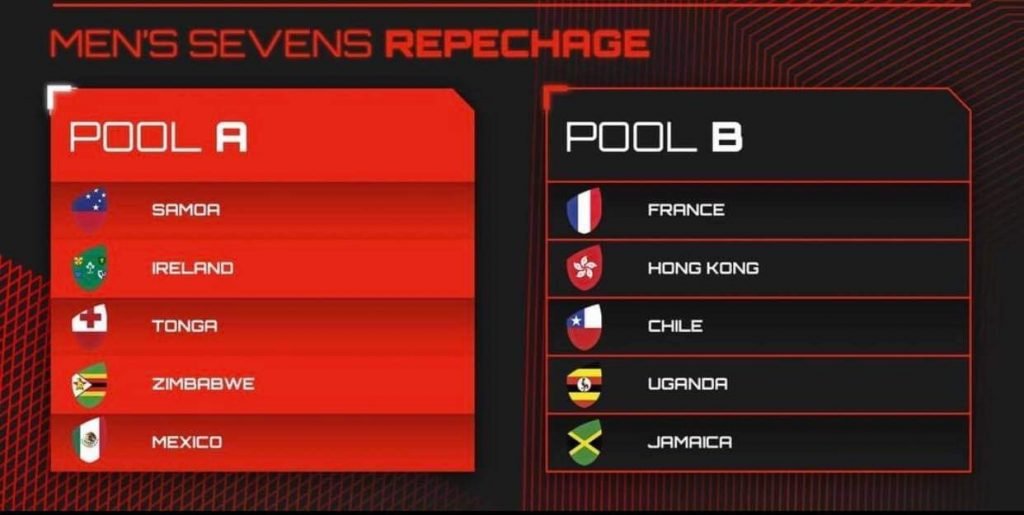 Our men in blue are pooled with Ireland, Tonga, Zimbabwe and Mexico. Pool B consists of Hong Kong, Chile, Uganda, Jamaica and frontrunner, France.