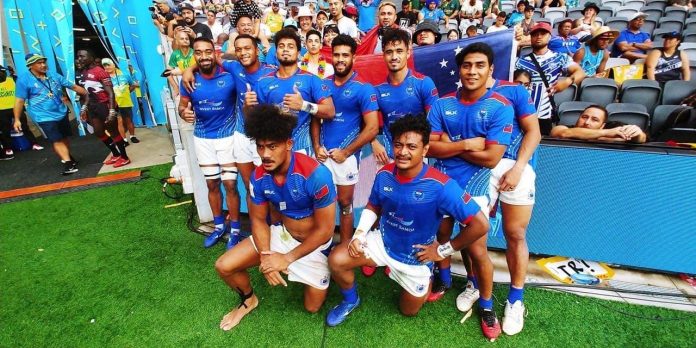 Monday 4 October 2021. Lakapi Samoa has announced that due to ongoing international border closures and travel restrictions imposed by the global coronavirus pandemic, its two representative teams will not be participating in scheduled fixtures and tours.

A press release issued Monday afternoon states the Manu Samoa 15s has withdrawn from its November 2021 Northern Hemisphere tour, and the Manu Samoa 7s would not be participating in the upcoming HSBC World Sevens Series set for Dubai from 2-4 December 2021.

“The decision by the Lakapi Samoa Board was taken in line with the relevant Samoa Government’s Health
Special Travel Advice and recognising further Covid-related challenges in relation to players based in New Zealand,” reads the statement.

According to Lakapi Samoa CEO, Faleomavaega Vincent Fepuleai the mother union was not able to guarantee the safety of players and management whilst on campaign.

“The current SOE measures by the Government restricts the return of anyone within 6 months of contacting the virus,” says Faleomavaega.

“This was a major obstacle to keep our borders safe. We do accept the implications and scale of consequences the pandemic can have to our small country with limited resources,” continues the Lakapi Samoa CEO.

Manu Samoa Head Coach Vaovasamanaia Seilala Mapusua says the decision is disappointing and has been “really tough for our players, fans and our hosting Unions”.

“As Head Coach, our performance and reputation to our brand is severely hampered if we cannot get our team together”, says Vaovasamanaia who adds that the safety and well-being of protecting Samoa from Covid-19 makes it, “ultimately the right call.”

Lakapi Samoa says they have the full assistance of World Rugby to find potential short term competition solutions while
redoubling efforts to ensure a strong programme of matches in 2022 and beyond.

As an alternative, Faleomavaega says Lakapi Samoa and World Rugby are looking to secure a Manu Samoa Selection fixture against the UK Barbarians, involving and utilising Europe-based players and coaches.