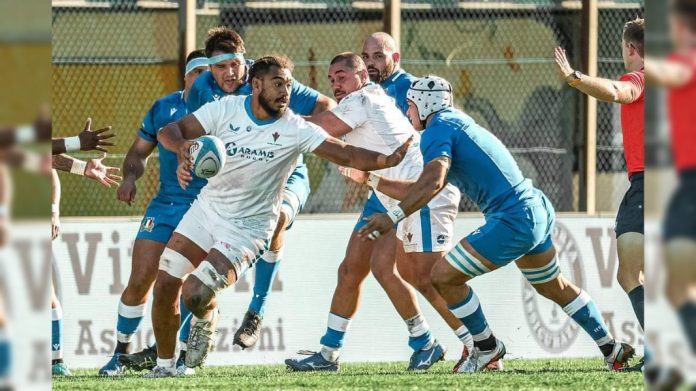 The Manu Samoa 15s have taken a tough 49-17 loss to Italy in the first match of their Northern Hemisphere Tour. 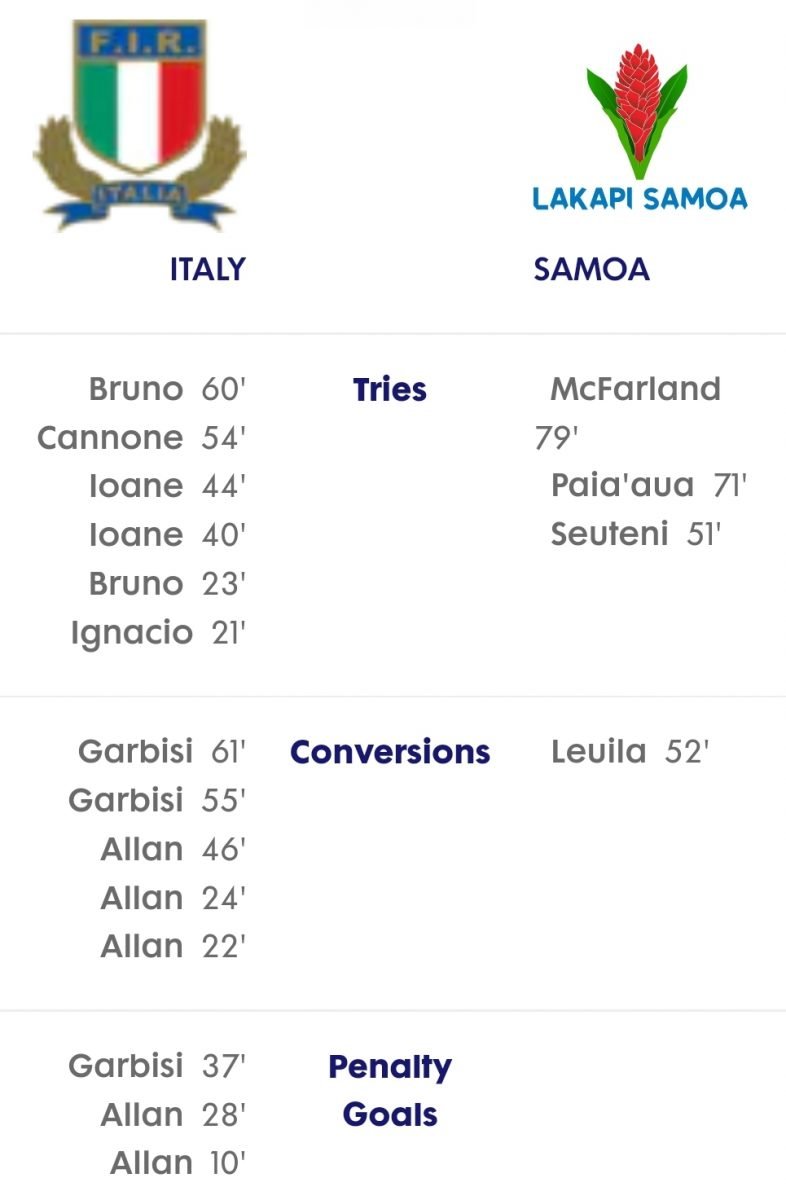 Samoa started well and applied the pressure in the first 10 minutes but couldn’t turn that into points.

A penalty put Italy on the scoreboard first in the 11th minute through Tommaso Allan. The hosts then scored two tries in 5 minutes through Ignacio Brex Juan and Pierre Bruno. Allan kicked both conversions.

Before the first half, Allan would add another penalty before Samoa’s Nigel Ah Wong was yellow carded for dangerous play.

A Samoan Australian playing at the wing for Italy, Monty Ioane capitalised and scored before halftime. After the break Ioane came back to score his second try against Samoa.

Samoa finally began to find a foothold in the game and kept playing hard until the ball bounced their way in the 52nd minute of the match.

But Italy responded only three minutes later through debutant Lorenzo Cannone, with Garbisi kicking the conversion.

Garbisi then crossed over for a try of his own in the 63rd minute, which Pierre Bruno converted.

The Manu have offered an apology to their fans on their social media page and vouch to reset and regroup for the remaining two matches of the tour.

Ranked 14th in the world, Italy has the advantage of playing in the Six Nations, and earlier this year they had beaten Wales. Italy go on to play Australia and South Africa, adding to the high level matches they get to play.

In contrast, this is the Manu Samoa 15’s first international tour since 2019.

Since 2017. Manu Samoa has won only eight of its 30 matches played.

Since Mapusua took over; the team has won four out of seven matches, including wins over Australia A and a higher ranked Fijian side to win the Pacific Nations Cup.

The Manu now face Georgia on 12 November in Tbilisi, and Romania on the 19th of November in Bucharest.