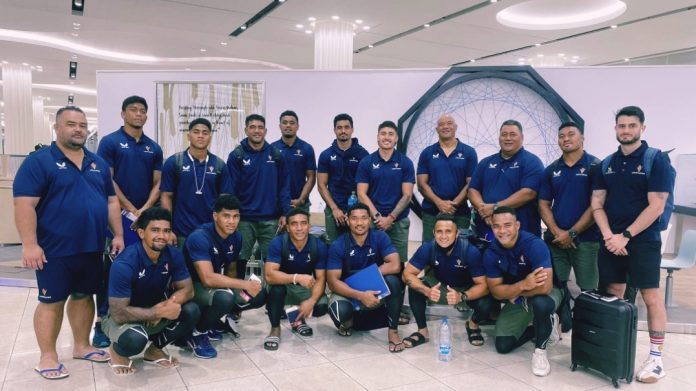 4 April 2022, Apia Samoa. The Manu Samoa 7’s team today traveled from their base in Dubai, to Singapore for the next leg of the HSBC 7s.

Head Coach Muliagatele Brian Lima says the boys are excited and can’t wait to finally get to play an international tournament.

For Samoa it has been more than two years. The side haven’t played an HSBC 7s since Sir Gordon Titchens coached the side in 2020. Cancelations due to Covid-19 and difficulties with travel restrictions have impacted Samoa’s representation and this weekend will be Muliagatele’s first HSBC as head coach.

Responding to questions from Samoa Global News, Coach Limā says he has 9 players who will debut this weekend in Singapore, with many of them having never played outside of Apia Park.

“This is their dream, to play HSBC,” said Muliagatele. “They know how high the level is, but the boys are excited and look forward to their first tournament.”

“We only have four players with international experience, but for the rest, this will be their first time,” said Muliagatele.

The four players include co-captains Melani Matavao and Vaafauese Apelu Maliko. Matavao has captained the 7s and Manu Samoa A in the past and is also a Samoa 15’s international. Local favourite Vaafauese Apelu Maliko of Tepatasi will take up a captaincy role for the first time. Veteran Manu 7’s forward Paul Scanlan of Moataa will provide valuable leadership for the newcomers as will Uaina Sione of Tamauli Salelologa – the 4th player with international experience.

Limā has named three co-captains for his team, but even his third co-captain, Vaovasa Afa Sua of Tamauli, is yet to debut at an HSBC 7’s as well.

All players are locally based in Samoa, except one, Indiha Saotui-Huta who plays his rugby for Clifton Taranaki in New Zealand, although he has come through Samoa’s development, having played for the Under 20s.

To be thrown into the deep end is not unfamiliar to the Manu Samoa 7’s head coach, who at 18 was himself the youngest player at the 1991 Rugby World Cup, and played on the left wing for Samoa’s historical upset of Wales.

“Regular games at the international level is what our young side needed in preparation for an HSBC tournament, but I suppose that’s the challenge faced by all teams during covid. It hasn’t been easy,” said Limā.

“The boys have been away from home for 3 months now, but we knew that was the sacrifice we were making when we left Samoa to be hosted in Dubai,” he said.

“The team is in good spirits,” said the World Rugby Hall of Famer.

“The players have prepared well under the circumstances, and they’re ready to run out there and represent their country, their local clubs, their villages and their families,” added the Head Coach. 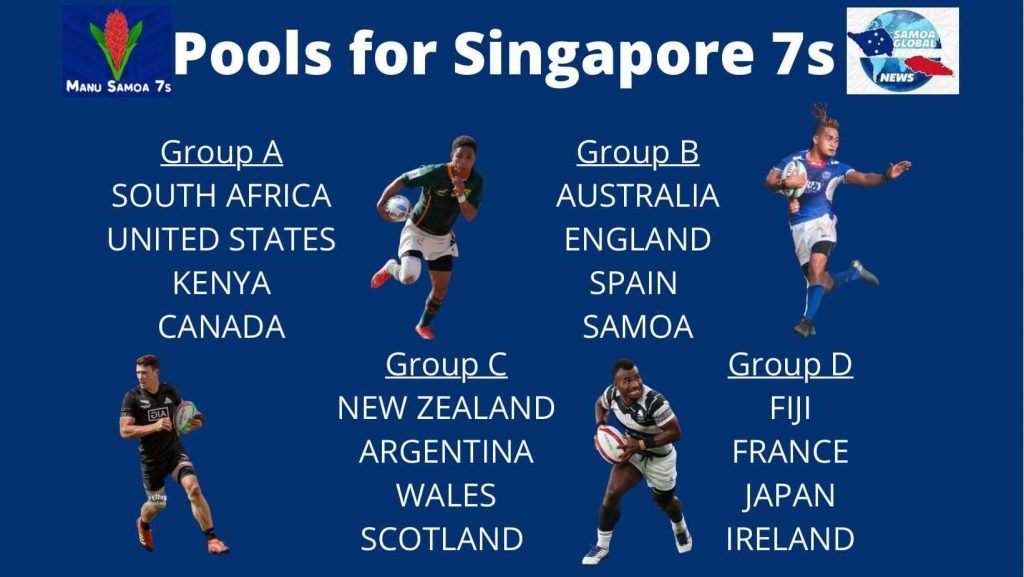 Samoa is seeded last in Pool B, and will come up against Australia currently 3rd in the HSBC rankings, 7th placed England and 9th placed Spain.

In the current HSBC standings, Samoa is placed 18th, just before New Zealand at 19th place, because the two nations have not yet played an HSBC tournament this year. 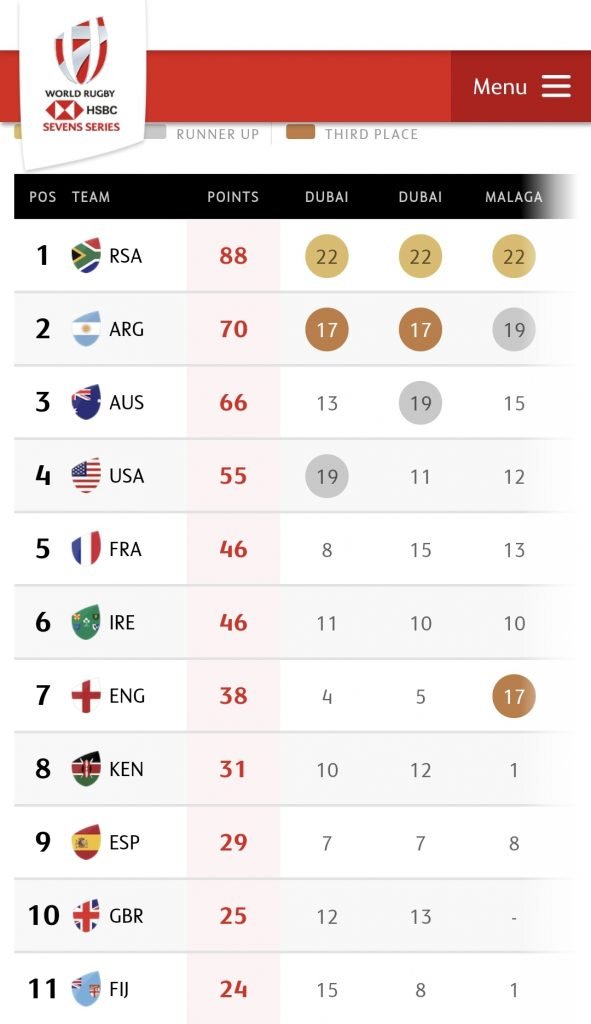 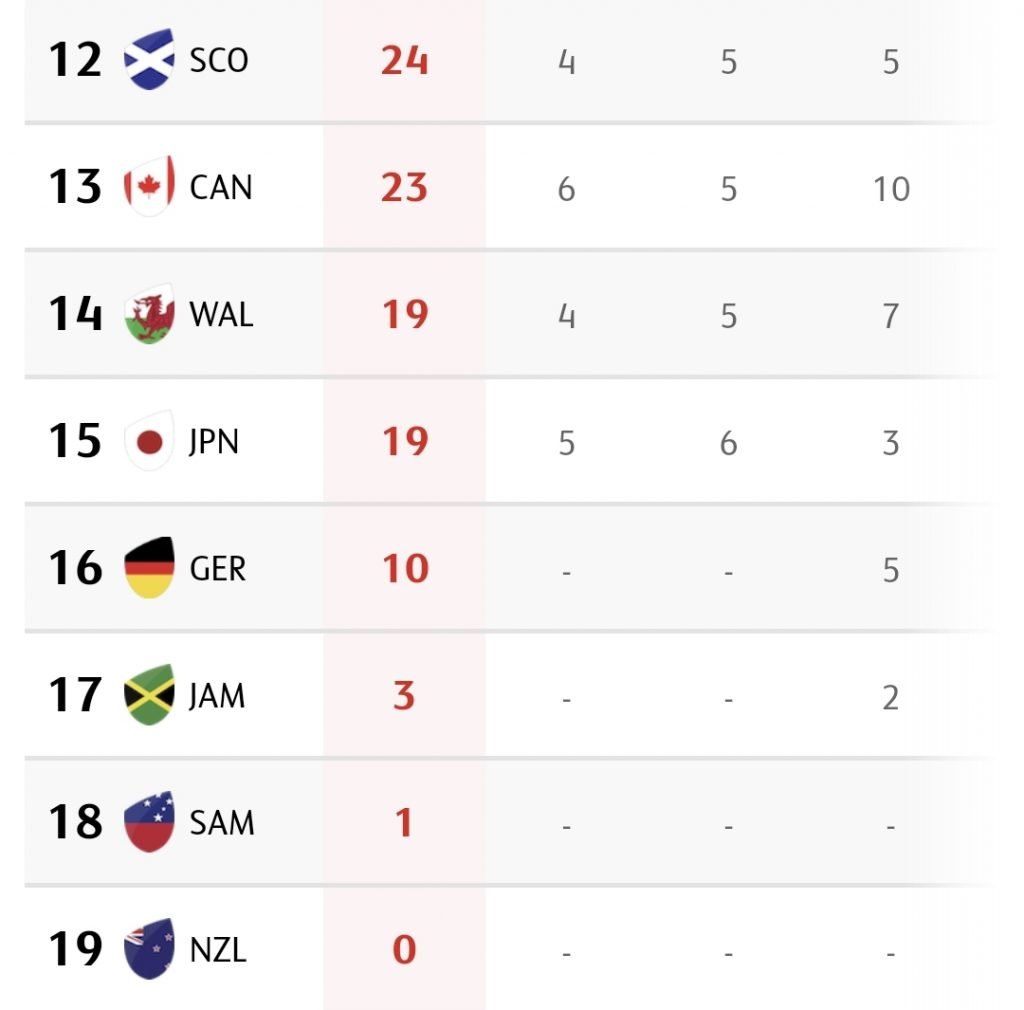