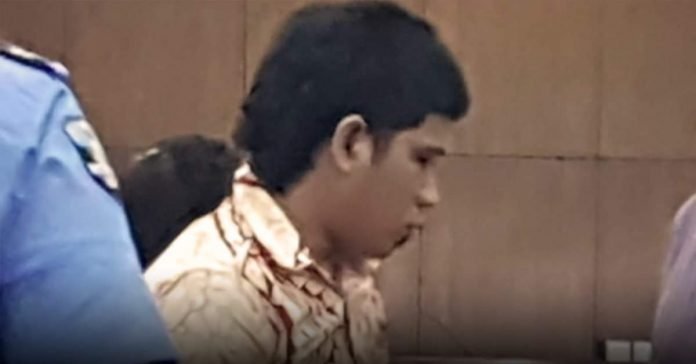 Manusamoa Sialafua, 25, of Luatuanuu is a repeat offender who was yesterday sentenced to 16 months imprisonment for snatching a 3 year old child while her family were swimming at Mulinuu in November 2018.

The defendant is currently serving a 3 year and 8 month prison term for previous convictions of burglary and theft.

The Court heard that Sialafua had originally pleaded not guilty to the charge of abduction of a child but on the day of the hearing, he changed his plea.

The incident happened while the family of the toddler were on an outing, relaxing at the Mulinuu peninsula. The defendant had been drinking with others nearby. The family were swimming and the mother was lying on the seawall. She looked up just as the defendant, intoxicated, picked up her three year old daughter and ran off with her.

The victims mother then ran after the defendant, and found him infront of the Courthouse. She took back her child and lodged a complaint with police.

When handing down her decision, Acting Chief Justice Mata Tuatagaloa said it was difficult to find words to explain this kind of behaviour…it should be called ‘lē popoi’.

Justice Tuatagaloa said this kind of behaviour casts doubt on the safety of public places where families can go and enjoy some time together.

The Acting Chief Justice showed concern for what could have happened, if the mother had not seen Sialafua snatching the child.

“Noone knows what could have happened to the child…”

She asked the defendant how he would feel if a stranger had taken a child from his family..

Thd defendant had first lied to probation, telling them that the child was his daughter.

Justice Tuatagaloa said his lie not only shows the kind of person he is, but it has a great impact on the victim’s mother.

Justice Tuatagaloa spoke about the seriousness of the offense, not only towards the victim, but to her mother and family.

“The fact that you picked up the little girl, and took her away to a secluded area, that is very serious.”

Prosecution asked for a starting point of 3 years. The Court considered the reconciliation by the defendant’s family as well as his plea. That left 16 months imprisonment less time in custody of 6 months.

The 25 year old will serve his ten months after his current 3 years and 8 months for previous convictions.