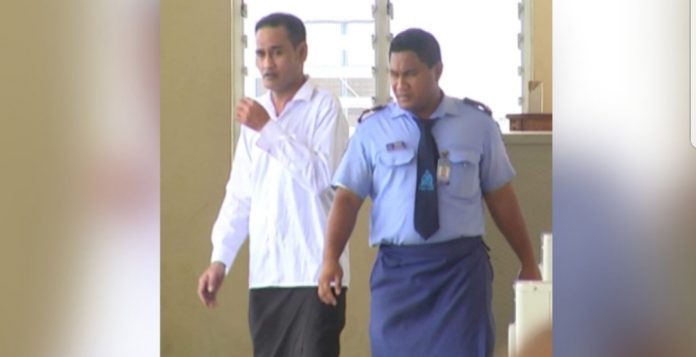 The victim had gone to play with the accused’s nieces after school and this is where he was able to lure her to a room at the back of the house and rape her, stopping only when he heard noises from the kitchen.

Silva had originally pleaded not guilty however on the day of the scheduled hearing he changed his mind and pleaded guilty to all charges.

This saved the victim from having to relive the ordeal in Court as we have seen in several previous cases in Samoa, where young girls are made to testify when the perpetrators enter not guilty pleas.

In handing down the sentence, Justice Tafaoimalo Leilani Tuala-Warren stressed the need to address this type of offending noting that it has become prevalent in Samoa.

“This offending must be met with deterrent sentences because there is a significant need for deterrence, to deter the offender and to deter other like-minded people from targeting young children who cannot defend themselves and have not yet acquired the maturity to realise what is happening.”

Justice Tafaoimalo said that the accused must be held accountable for the harm done to the victim and to promote in him a sense of responsibility in him for that harm.

“The extent of the harm to the victim is taken into account. She says she was afraid. This is a young girl of 11 years old. This was a serious violation of the victim’s sexual autonomy. The effects of this offending on the victim will no doubt last a lifetime.”

Justice Tafaoimalo however set the starting point at 15 years.

“In assessing culpability to determine a starting point in the case before me now, I take into account the young age and vulnerability of the victim, the breach of trust, the impact on the victim, the premeditation involved”.

“I take 15 years imprisonment as the starting point for sentence. I deduct 1 year for his previous good character, his remorse, apology, and personal circumstances. I deduct 2 years and 6 months for his belated guilty pleas”.

The accused will serve a total of 11 years and 6 months imprisonment.

Justice Tafaoimalo granted name suppression for the victim but not for the accused.

“Finally in terms of orders, there will be an order permanently suppressing or prohibiting the publication of the name of the victim and her family. The suppression order does not relate to the accused.”