17 October 2020, Mulinuu Courthouse. A man who went on a drunken rage after a drinking session in Satapuala, then stabbed an elderly matai who tried to calm him down, has been sentenced to three years at Tanumalala prison by Justice Vui Clarence Nelson.

Sanele Tele’a is convicted and sentenced for grevious bodily harm and armed with a dangerous weapon after an attack with a kitchen knife left a village matai hospitalised for a week with stab wounds.

During his sentence the Court heard that the defendant was drinking vodka and playing cards (pelē) with a group of people. At about 11pm, Sanele got chased away from the gathering for being drunk and obnoxious.

He left, and returned to stone the house, swearing and shouting toward those who tried to chase him away.

Sanele continued to swear and shout out a challenging war cry (tiususū) as he walked along the village, until he came to the front of the LDS Bishop’s house. 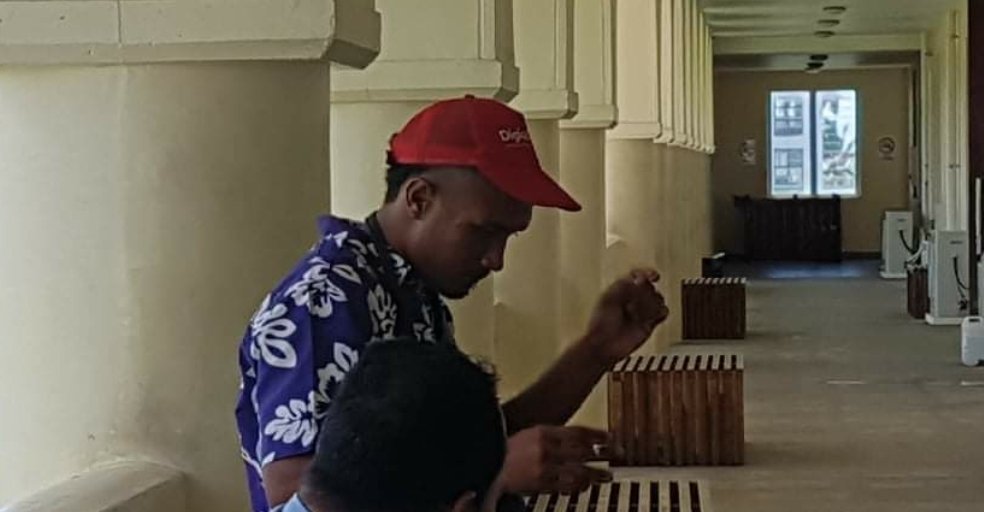 The man who was attacked by Sanele was a 59 year old matai of Satapuala, and neighbour to the LDS Bishop who had come out to see what the commotion was all about.

According to the matai, he had tried to calm down Sanele and was stabbed during a struggle while he was trying to remove a stone from Sanele’s grip.

He said his children came to help and took him to the hospital while Sanele ran away from the scene; although he did turn up to the hospital 2 days later to apologise, bringing a asiga.

The injured matai was taken to Leulumoega Hospital and later to Motootua where he was admitted for a week, to recover from steep stab wounds.

Sanele had pleaded not guilty to the charges, claiming that he used the small knife to defend himself from the victim and his children.

“I pulled out the knife and swung it around to protect myself.. I  didnt know that I had injured anyone until the next day”.

He also told the Court that he was beaten up by the victim and his children, as well as others who were there that night.

The Court did not accept Sanele’s side of the story, as none of the witnesses could confirm if what he claimed, was true.

The Court compared similar cases where GBH was caused by attacks with machetes and kitchen knives.

Justice Nelson said although it was not a machete but the seriousness of the offense and the way it was carried out in a public place where there were a lot of people, is an important factor to the Court.

“You carried it out without warning or any indication that you were in posession of such a lethal weapon..”

“You carried it out on a matai of your village who was trying to disarm you of the rock and escort you away..”

Sanele is a first offender and the Court deducted the usual 6 months for his backround, his service to his family and village, and another 6 months was deducted for his parents’ apology and his family asiga (visit with gifts) while the victim was in the hospital. A year was also deducted for the village penalty.