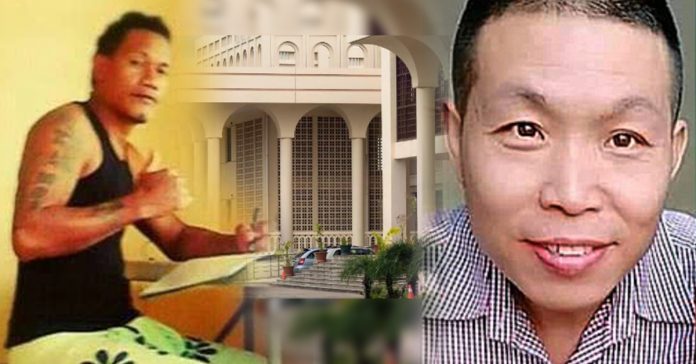 19 June 2019, Apia Samoa. A man who robbed and caused the death of a volunteer last year was sentenced to 7 years imprisonment by Justice Leiataualesa Daryl Clarke today.

Charles Chao was in Samoa as a volunteer from China working with the Anglican pre-school at Leifiifi.

According to the police summary of facts, on the 31st of August 2018, Mr Chao was walking on the sea wall minding his own business when he was approached by Laupu’a and one of his friends who had been drinking on the seawall.

“No you not buy food, you buy beer,” Mr Chao had told the defendant and his friend.

They again asked him for money but he refused and told them no.  Luapua and his friend then attacked the deceased and a fight broke out as Mr. Chao defended himself.

The Court heard, Mr. Chao had punched Luapua and when Luapua was about to fall down off the sea wall, he had grabbed Mr. Chao by the shirt causing them to both fall onto the rocky slope of the sea wall.

The Police summary of facts states that after the fall, the deceased was motionless, and the defendant stood up and took the deceased’s phone, leaving the deceased on the sea wall.

The deceased was found dead at the same spot on the seawall the following morning.

A post mortem was carried out which found the cause of death was due to head injuries.

In handing down his decision, Justice Leiataualesa told the defendant that his matter is very serious because a life was taken.

“Your acts that night tragically caused the death of a man minding his own business enjoying that night on the seawall,” said Justice Leiataualesa.

“He, like other members of the public, was entitled to use the seawall without being harassed.

“It was tragically a senseless and unnecessary death of a man who had come to Samoa from China to teach our children.

“His death from your actions has had a significant impact on his family in China.

“After you both fell down and the deceased motionless, you then robbed him of his phone and left him there either dead or dying.

“You showed no feeling for your victim then robbing him and leaving him there on the seawall despite being motionless,” said Justce Leiataualesa.

Justice Leiataualesa adopted 9 years as his starting point, he deducted 18 months for the defendant’s guilty plea and 6 months for
being remorseful.

“On the charge of of manslaughter Tauinaola is convicted and sentenced to 7 years imprisonment;

“On the charge of aggravated robbery, convicted and sentenced to 2 years and 4 months imprisonment concurrent to manslaughter.

“In relation to assault with intent to rob, namely, the initial assault, convicted and sentenced to 3 months imprisonment to also be served concurrently”.