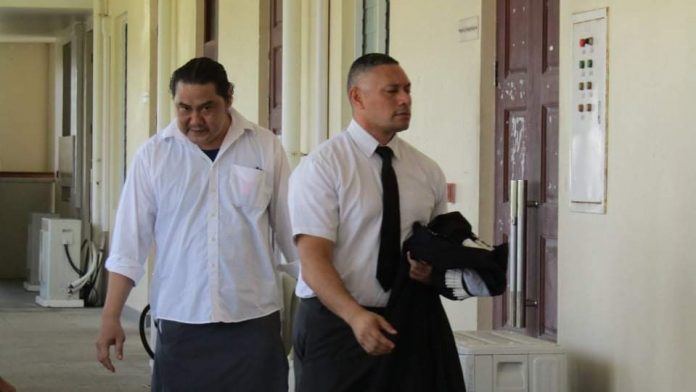 03 August 2020, Mulinuu Apia Samoa.  A man found guilty of killing his wife is seeking leave of the Court to allow a late application to appeal the Supreme Court decision of Justice Mata Tuatagaloa, handed down in December 2019.

Justice Tuatagaloa delivered her verdict on the 19th of December 2019 after a 2-week long judge-only hearing.

“For the charge of murder that you are found guilty of, the penalty is life imprisonment and that will automatically apply,” Justice Tuatagaloa had said at the time.

“Defence believed Justina hung herself and that suicide is the cause of death;

“The Court has accepted the report of the pathologist and finds that Kolani Junior Lam strangled his wife using his hands”, Justice Tuagaloa had added.

Defense counsel Leiataualesa Komisi Koria, however, is now seeking leave of the Court to appeal out of time.

The matter was called for the hearing of submissions before Justice Tuatagaloa, who instead raised a legal issue for counsels to address.

Judicature rules provides that Notice of Appeal must be filed within 21 days after a defendant is convicted and sentenced, while criminal procedure says it is 14 days.

Leiataualesa however, had only filed a Notice of Appeal in March 2020.

Justice Tuatagaloa clarified, that an extension of time is submitted before the time for an appeal lapses. If the application for appeal is filed after the time allowed, then that is enlargement of time..

“And if you look at Prosecution they say that there are no judicial guidance on enlargement of time in filing of appeal for criminal matters.”

Leiataualesa was of the understanding that extention and enlargement, are one and the same thing.

Justice Tuatagaloa adjourned the matter for counsels to consider; concluding that enlargement and extension are not the same, and the Supreme Court did not have jurisdiction to hear defense counsel’s application.