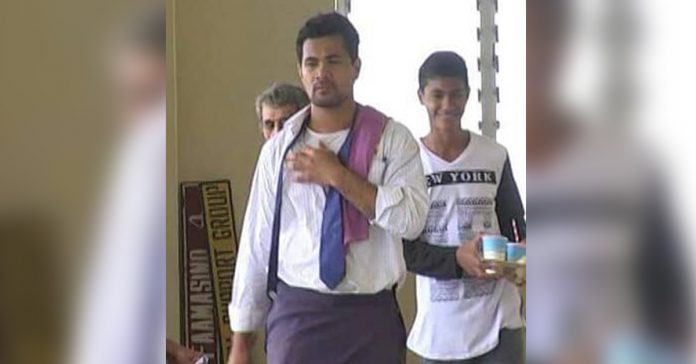 27 July 2019, Apia Samoa. Justice Tafaoimalo Leilani Tuala-Warren handed down a life imprisonment sentence for Uimaitua Papalii of Sapapalii after a panel of assessors found him guilty after a 4 day trial.

The Police report stated that Uimaitua used the knife (naifi tipi puligi) to stab the victim in the throat while he was sleeping at his home.

“You have heard the verdict and you have been found guilty of murder;

“In pursuant to section 103 of the Crime’s Act you are therefore sentenced to prison for life,” said Justice Tafaoimalo.

Earlier this year, a source from the village told Samoa Global News that the incident occurred on the night of New Year ’s Day.

He said the 2 men involved did not know each other and had been drinking throughout the day at separate “drink-ups” in the village.

A Samoa Global News source had said at the time, “In a senseless act, the accused, still unhappy about the scuffle earlier, went to the home of the deceased late that night and stabbed him in the chest and neck while he was asleep.”

The incident occurred after midnight and it is understood that the deceased was declared dead upon arrival at the Tuasivi hospital.