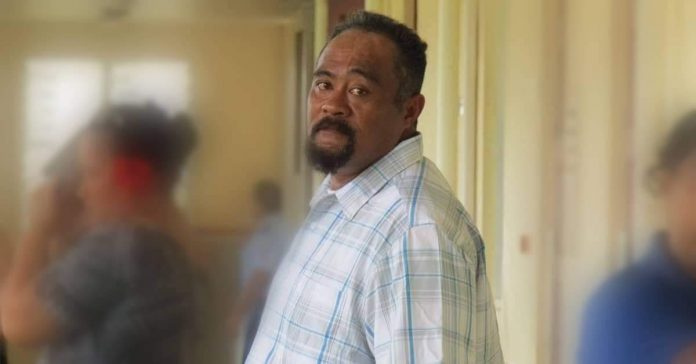 The charges against a man who brought drugs into Samoa last April were confirmed by Justice Leiataualesa Daryl Carke in a decision handed down in the Supreme Court yesterday.

The drugs were detected at Faleolo International Airport last April by “Inspector Flynn” of the K9 Unit and his handler partner, Customs Officer Hugo Tauauvea.

The Court heard that Inspector Flynn immediately reacted to a black suitcase that Tafuna Tauialo had picked up off the conveyor belt.  A search of the bag found it to contain 26.6 grams of Methamphetamine which has a street value of over ST$60,000 tala.

Tafuna Tauialo had arrived into Samoa on a Fiji Airways flight with his son on the 23rd of April 2018.

Tauialo had argued that the police did not have enough evidence to link him to the black bag in which the drugs had been found.

Justice Leiataualesa upheld the charges laid by Police stating that Tauialo did not deny owning the black case even though he had many opportunities to do so. The Court also heard that Tauialo responded to Hugo Tauauvea’s questions while the bag was being searched. He responded to identify some of the items that had been in the black suitcase, thus confirming that it did belong to him.

Justice Leiataualesa said jail time was inevitable and has remanded Tauialo in custody until the matter is next heard on the 20th of November 2019.

Ombudsman Warns the Integrity of Electoral Process may be Compromised

Ombudsman Warns the Integrity of Electoral Process may be Compromised