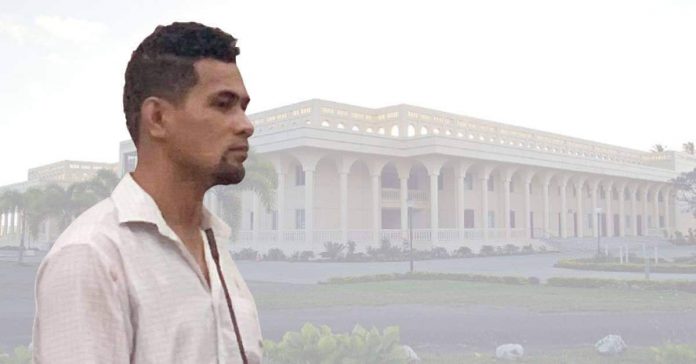 12 February 2019, Apia Samoa. Uimaitua Papalii of Sapapalii who allegedly stabbed a man after a New Year drink up session at Sapapalii has entered a not guilty plea to all the charges against him.

The 34 year old is facing four charges of murder, manslaughter, actual bodily harm and armed with a dangerous weapon.

Uimaitua’s not guilty pleas were entered through his lawyer Leota Tima Le’avai.

Leota also put forward a bail application which was not opposed by prosecutor Leone Su’a-Mailo.

Chief Justice Patu Tiavasue Falefatu Sapolu then granted bail for the defendant who was ordered to surrender all travel documents and sign-in at the Apia Police Station. The CJ also told the defendant to refrain from returning to the place of the offense.

According to the prosecution there were two victims involved in this incident. One man died upon arrival at Tuasivi Hospital while the other one survived.

Earlier this year, a Samoa Global News source had said at the time, “In a senseless act, the accused, still unhappy about a scuffle earlier, went to the home of the deceased late that night and stabbed him in the chest and neck while he was asleep.”

The matter has been adjourned for hearing on the 22nd of July 2019.