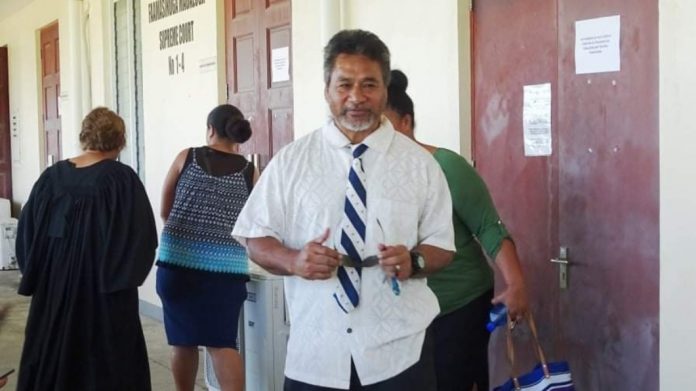 One of the men facing charges of conspiracy to murder Samoa Prime Minister Tuilaepa Sailele Malielegaoi has submitted an application to leave jurisdiction.

Both Sione and Paulo have entered pleas of not guilty and are out on bail to await their Court hearing set for November this year.

Lemai, who was an unsuccessful candidate for the Faasaleleaga No2 byelection in March last year is accused of providing a vehicle to the alleged hitman of the assassination plot.

He appeared in Court on Tuesday with his lawyer Unasa Iuni Sapolu. Lemai is applying to leave the country to be with his family and pregnant daughter in New Zealand. His lawyer told the Court that he wanted to be with his daughter while she waited to give birth, and additionally, he could have time to do his medical checks.

Lema’i was last month granted bail for a second time by Justice Tafaoimalo Leilani Tuala-Warren after police arrested him for failing to sign in at Faleata Police station one Friday when he had travelled to Savaii. Justice Tuala-Warren found that Lemai did visit Tuasivi Police in Savaii and did not intend to purposely evade police.

The matter is now set to be heard before Justice Vui Clarence Nelson on the 26th of June, 2020