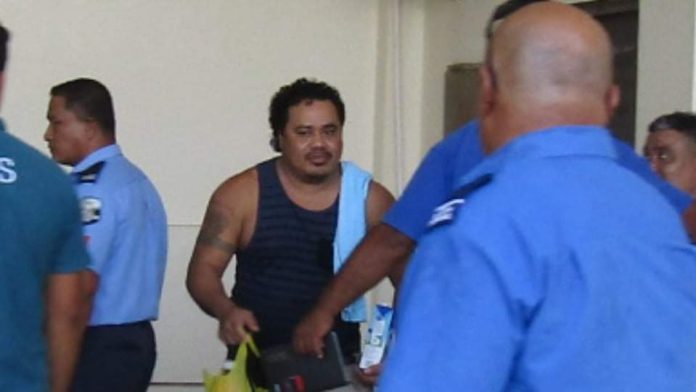 “Scales commonly used to weigh narcotics, and smoke pipes used to inhale narcotics were also confiscated,” the Police Commissioner had said at the time.

A number of unlawful weapons and ammunitions including seven pistols, nine rifles and a .22 handgun were all seized during the operation.

The accused did change into a shirt and tie for his Court appearance but was seen jumping out of the police van in pants and a singlet.

The Court has scheduled a  hearing for his bail application later this month.