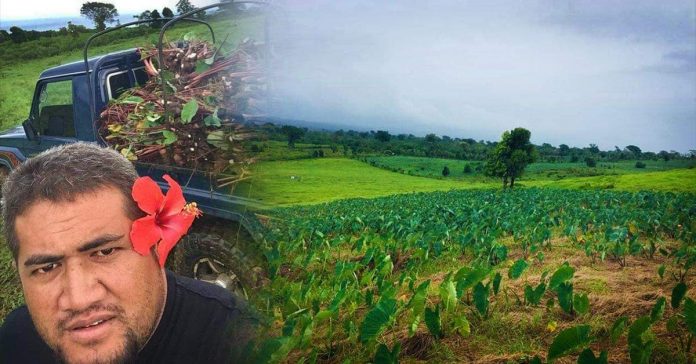 19 January 2019, Apia Samoa. The owner of Samoa’s largest commercial farm, Papalii Peter Tulaga Eliesa has been identified as the man charged by Samoa Police this week for allegedly shooting a woman at his home in Vailoa on Tuesday night.

The incident is the latest horiffic domestic violence case for Samoa as the accused and the victim are believed to have been in an intimate partner relationship.

Police Commissioner Su’a Egon Keil told the media, “It is a domestic violence incident involving two individuals, a male and a female.”

Papalii owns a 120-acre plantation in the popular Fiaga farming area of Upolu. He has a many followers on social media with regular selfies and popular posts of his farmland.

Just this week on Monday the accused posted,

“It is very important to follow your passion, because every great prize comes with some big sacrifices. Success doesn’t happen overnight. But when you are very passionate about what you do, you would always find a reason to never give up on yourself.  Anyone can fail at something they really don’t want. What really takes courage is going after something you want and then failing. There is more fulfillment in life knowing that you tried, rather than settled without a fight.”

In another post Papalii makes reference to keeping one’s soul clean and one’s tyres muddy referring to the life of a farmer.

“Dirty roads give you piece of mind and memories to remember” The beauty of farming journey with 💚.
#keepyoursoulcleanandyourmudtyresdirty
#best3farm

“ONLY THE BEST CAN SURVIVE THIS BAD ROADS”

In another post Papalii explains that he had been given 50 acres of leased land from the Government and because he was able to plant the entire acerage within 6 months, he was then granted another 70 acres.

Samoa Police said that Papalii Peter had maintained his innocence when he was brought in to the police station, but was arrested and charged when the police secured the weapon used in the attack.

“There were witnesses and yes we have the firearm involved in our custody.”