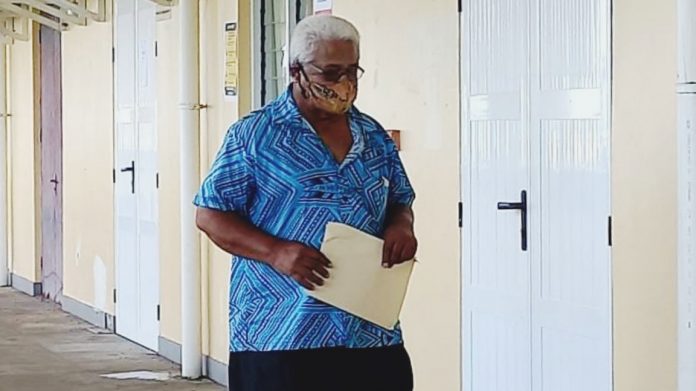 The man charged with the New Years Eve double murders that took place in the early hours of 2nd January 2021, has had a request to travel to Australia to visit his family, denied by the Supreme Court.

The accused pleaded with the Court, that he wanted to visit his daughter who is suffering from a medical condition in Australia.

The application for an amendment to bail conditions was made by defense counsel Mauga Precious Chang who told the Court her client has not seen his family for close to three years.

In Court before Justice Lesatele Rapi Vaai on Friday, defense counsel told the Court that Vaotuua and his family reside in Australia. They travelled to Samoa in 2019 to renovate the family home in Afega. Vaotuua’s wife and children returned to Australia while he stayed behind to complete the project.

The Court was assured that the defendant would return to Samoa before the Court hearing set for September this year.

Lead Prosector from the Office of the Attorney General, Fuifui Ioane, strongly objected to the application.

The Prosector argued that Vaotuua faced serious charges, and the Court hearing was now just a mere two months away.

Justice Lesatele handed down his decision to deny the application, and stated he will deliver his written decision in the near future.

Meantime the family members of the two victims say they are eagerly awaiting the Court process in anticipation of justice to be served for what they call a senseless act that took the lives of two men, both married with young children.

At the time of the incident, witnesses told SGN that Elisara Lole Fata, an untitled father of four in his late 30s, was shot first. Elisara was shot infront of his home, with his wife and children present.

Some time afterwards according to witnesses, the accused walked up to an unsuspecting Fata Utufua Fata, a father of six children in his early 40s, who had walked along the road towards the scene of the first crime, asking what was going on.

Nephews of Fata Utufua, who stood metres away from their uncle when he was shot dead, describe the horrific events of New Years Eve, saying they, too, could have been shot by ‘Vao’ (Vaotuua).

Fata Utufuas nephew demonstrates how close they had been to where their uncle was shot.

“He was shot point blank in the heart, and as he sat on the ground holding his chest and gasping for air, Vao placed the small pistol to the back of his neck, and shot him again”.