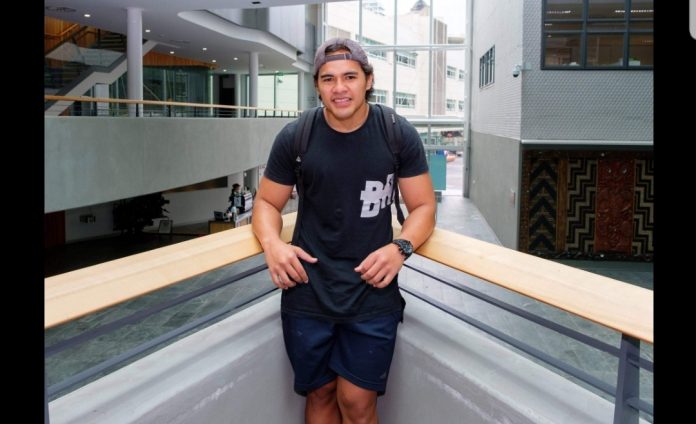 Dr Chandler Tuilagi was the first respondent when Jeremiah Malaki Tauiliili arrived at the TTM National Hospital emergency room at 2am on 01st December 2018.

The 28 year old graduate of the Oceania University of Medicine (OUM) told the Court that he has been working at the Emergency and Accident Unit of the Tupua Tamasese Meaole Hospital Motootua for 5 years.

Dr Tuilagi responded to questions by the prosecution, to recall the early hours when Malaki was brought in by members of FESA (Samoa’s Fire and Emergency Authority).

His report from that night was presented in Court, and Dr Tuilagi spoke to elaborate on his findings.

According to Dr Tuilagi’s report Malaki was brought in unconcious. This was also confirmed by FESA officers who responded to emergency calls from the public who were at the incident.

According to findings and examination Malaki was intoxicated and unconcoius, with a rating of 4 out 15 on the GCS (Glagow Coma Scale).

“With provisional diagnosis and assessment this patient was intoxicated with reasonable conciousness, GCS 4 out of 15 and sustained 90% bleeding, servere head injuries and brain coma”.

Prosecution asked, “When this man arrived can you tell us what is your observation of Jeremiah?

“He was brought in, he was fully unconscious, had a really low GCS, and he was snoring.”

“Malaki upon arrival was unconcious, and labeled with an unconscious score of 4 out of 15.”

Doctor Tuilagi explained that the score is based on 3 asaessments: eye or visual effects, verbal and motor. He told the Court that he had categorised Jeremiah a 1 for visual, a 1 for verbal and a 2 out of 4 for motor.

Malaki was said to have been shivering according to Dr Tuilagi.

“One may think this is a response but coming it’s not really, what you are seeing is involuntary shivering.

“If a patient came in with a score of less tha 8 it, gives you a 50/50 chance that they might improve or may not.

“For Jeremiah to fall straight to 4, it was pretty bad”.

“Upon arrival Jeremiah was snoring that means his lungs are trying to compensate alone, trying to take over what the brain would do.”

Dr Tuilagi added that Malaki’s vitals were good and his heart was beating strong.

“He came in unconcious, GCS was low, but with his vitals, he had a really good pulse, with a heart rate of 98 beats per minute;

“For him his heart was still fighting, it was only his high blood pressure that was high”.